The UN Food Systems Summit – Voices from around the Globe - Mozambique

In September this year, the UN Secretary General will convene the first ever UN Food Systems Summit (UNFSS), a historic moment for centring food in many critical issues facing people all over our planet today: from hunger and malnutrition; to environment and nature; to livelihoods and human rights; to resilience to shocks and stresses like Covid-19 and the climate emergency.

Despite strong GDP growth in recent years, Mozambique ranks close to the bottom of the UNDP ranking Human Development Index and has one of the world's most vulnerable populations. The population is very young, and about a third of people are chronically food insecure, with repercussions for health like undernutrition and micronutrient deficiencies. At the same time, Mozambique is vulnerable to climate change, with rainfed agriculture, coastal hazards, as well as natural disasters like floods and cyclones becoming more frequent.

As the UNFSS pre-summit draws to a close, we reflect on Mozambique’s engagement so far.

At the national level, Mozambique joins over 125 countries that have embarked on coordinating efforts for inclusive, multistakeholder Food Systems Summit Dialogues to engage around the vision of the "people’s summit".

All over the world, countries have been holding – and in some cases continue to hold – national and sub-national dialogues to surface and prioritise needs and actions. These convenings bring stakeholders from different areas of public sector, national and subnational, representing ministries like agriculture, food, health, and environment together with private sector players like food industry bodies or small and medium-sized enterprises; together with UN agency representatives from the likes of the Food and Agriculture Organisation (FAO), the International Fund for Agricultural Development (IFAD), the World Food Programme (WFP), the Alliance for a Green Revolution in Africa (AGRA) and the United Nations Children’s Fund (UNICEF); together with academics and representatives from international and national Non-governmental organisations and civil society organisations (NGOs and CSOs);  and finally and very crucially, together with representatives of stakeholders from groups with voices that too often go unheard – women’s groups, consumer groups, young people, indigenous people, and farmer organisations.

Despite strong GDP growth in recent years, Mozambique ranks close to the bottom of the UNDP ranking Human Development Index and has one of the world's most vulnerable populations. © Unsplash / dimity_b

In the specific context of Mozambique, the food system has always been and continues to be an important pillar for economic development, given its relevant role as a livelihood for the majority of the population. Over the past three decades, the average contribution of the agricultural sector to the gross domestic product has been around 28%, with most of this contribution coming from the family agricultural sector. Furthermore, just over 80% of the economically active population depends on agriculture and fisheries as their main source of income. Nevertheless, and in a broader context, agricultural activity continues to be predominantly subsistence and with low use of improved inputs, resulting in low levels of production and productivity, which contributes to food and nutritional insecurity.

In preparation for the UNFSS, under the leadership of Mozambique’s Ministry of Agriculture and Rural Development (MADER), Mozambique has convened member state dialogues, with the support of a technical team (CINUSA) consisting of members directorates of diverse sectors from MADER, the National Secretariat for Food & Nutritional Security (SETSAN) as well as development partners such as FAO, PMA, AGRA, IFAD and GAIN.

Within the framework of the methodology defined by the United Nations in preparation for the Food Summit, three types of dialogues were conducted in country: independent, national and global dialogues. Independent dialogues, organized by civil society, and the national dialogues were  promoted by the Government through the Ministry of Agriculture and Rural Development (MADER) and development partners (afore mentioned) took place in the country. Mozambique also attended to regional and global dialogues convened by the UNFSS itself.

GAIN Mozambique has also been proud to directly support and help to coordinate the organisation of all national and sub-national engagements in the run up to the UNFSS.
A total of six National and subnational member states dialogues were held between May 19 – July 9 2021, carried out sequentially in the provinces of Tete, Nampula, Gaza and Manica. Furthermore, a total of four independent dialogues took place in the country, organized by FAO, the National Association of Peasants (UNAC) in partnership with the Observatory of the Rural Environment (OMR) and other national civil society organizations; and by the Meios de Vida Mulher Association (AMVM) in partnership with the Pedagogical University (UP) of Maputo. These dialogues took place this year, on April 27 (City of Quelimane, Zambézia), May 13 (virtual), June 29 (Maputo and virtual) and July 6 (virtual), 2021.

The dialogues culminated in the development of a proposal for a national pathway towards sustainable, resilient and equitable food system for Mozambique; in a manner that contributes to national goals and to achieving the vision of the 2030 Agenda for Sustainable Development. The national pathway will help to establish national expectations for the next decade, while also identifying possible priority action areas that should be a focus over the next three years. 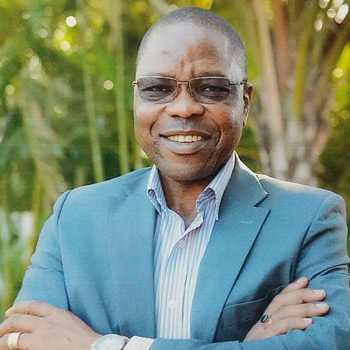 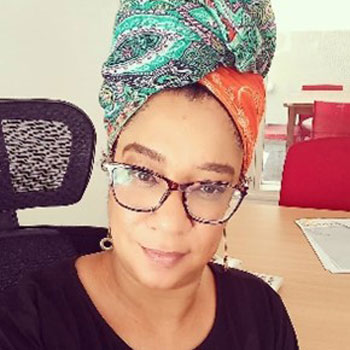 I work for The Global Alliance for Improve Nutrition since May 2015, in Mozambique country office, having performed several roles and job positions ranging from legal consultant, Senior project officer for the LSFF country program, project manager for workplace nutrition Mozambique and currently, since December 2020, as the Policy & Influencing Manager