The Commercialisation of Biofortified Crops (CBC) Programme being implemented by the Global Alliance for Improved Nutrition - GAIN and HarvestPlus has taken shape in Tanzania. The programme is being implemented with the objective of reducing malnutrition caused by a lack of vitamins and minerals such as vitamin A, iron, zinc, folic acid, and iodine in the diet, as known as 'hidden hunger'. In Tanzania, the project is commercialising maize and beans crops, biofortified with Pro vitamin A and Iron respectively.

Among Tanzania’s population of about 57 million people, 58% of children under five, 45% of women aged 15 to 49 are anaemic while 36% are deficient in vitamin A. The commercialisation of high iron beans presents an opportunity to help address iron deficiency, especially among under-five children, adolescent girls, and expectant mothers, as more than 75% of households in Tanzania depend on beans for daily subsistence. On the other hand, Pro vitamin A biofortified maize is a considerable solution to addressing vitamin A deficiency for the 36% of women between the age of 15 to 49 as maize is widely consumed staple by almost 90% of the population.

The CBC Programme seeks to address malnutrition by improving farmers access to inputs and markets for biofortified seeds, increasing the availability of biofortified food products on the market and creating awareness for institutional buyers and consumers. Demand creation activities across the value chain from seed production to food marketing are being utilised to ensure nutrient enriched staples are reaching all consumers. The strong support demonstrated by the government is key in driving efforts to ensure an enabling environment for biofortified food products through the strategic engagement of policy makers and businesses.

Between May and September 2021, the programme in Tanzania worked on demand creation for these nutrient dense crops through institutional capacity building. A total of 152 participants comprising of heads of schools, food suppliers to schools, education, and nutrition officers from nine project’s focused regions (Arusha, Kilimanjaro, Manyara, Iringa, Songwe, Ruvuma, Geita, Kigoma and Kagera) underwent capacity building on biofortification and strengthening the supply chain of high iron beans and pro vitamin A maize for school feeding programmes.

Channels for raising awareness for the nutrient dense crops and foods have been established through the Regional Multisectoral Nutrition Committees (RMSNCs) which are multi-partner nutrition platforms that oversee regional implementation of nutrition interventions in Tanzania.

School feeding programmes provide an avenue to accelerate the consumption of biofortified crops in the programme implementation regions. Towards this end, training, and cooking demonstrations in schools across the nine regions have been conducted focusing on the importance of consumption of biofortified crops by students, the role of good nutrition in improving learning outcomes and encouraging adolescents to make healthier food choices. The live demonstrations saw a participatory approach where school heads, teachers and cooks took lead in preparing pro vitamin A ugali (a meal made from maize flour) and high iron beans - some 1,972 students tasted the food during lunch hour.

Most of the participants, especially the students, liked the taste. A student from Hai day secondary school shared that the ugali was so tasty and that he would like to have this as a meal every day. The activity has had a positive effect on the implementation of the programme not just in schools but beyond, as six (6) heads of school have already been supplied with high iron bean seed for planting.

We would like to purchase the seeds for both maize and beans as we have our own farm which is used to feed the students yearly.

The success of the programme highly depends on strong partnerships between the key players across the supply chain such as seed producers, farmers, grain suppliers, retailers, and institutional buyers such as schools.

"As for my school, we are ordering 3 tonnes of pro vitamin a maize flour for porridge as we wait for the school board to make permanent contract with suppliers". Said Yusuph Mwagala, the headmaster, Ifunda technical secondary school. "We need to shift to more nutritious foods to ensure proper growth and good health for our students", he emphasised.

Four schools from Iringa region have started introducing porridge from pro vitamin A flour in their school diets, while more are in the pipeline to setup supply contracts.

The programme is working to ensure schools have a diverse menu containing nutrient rich foods. As the school feeding programmes encourage the consumption of biofortified maize and beans, it can not only improve child nutrition but also bolster nutrition-sensitive agricultural and economic development in the region. The programme is striving to ramp up awareness creation about nutrient enriched foods in more schools and gradually in open markets to improve the nutrition of Tanzanians. 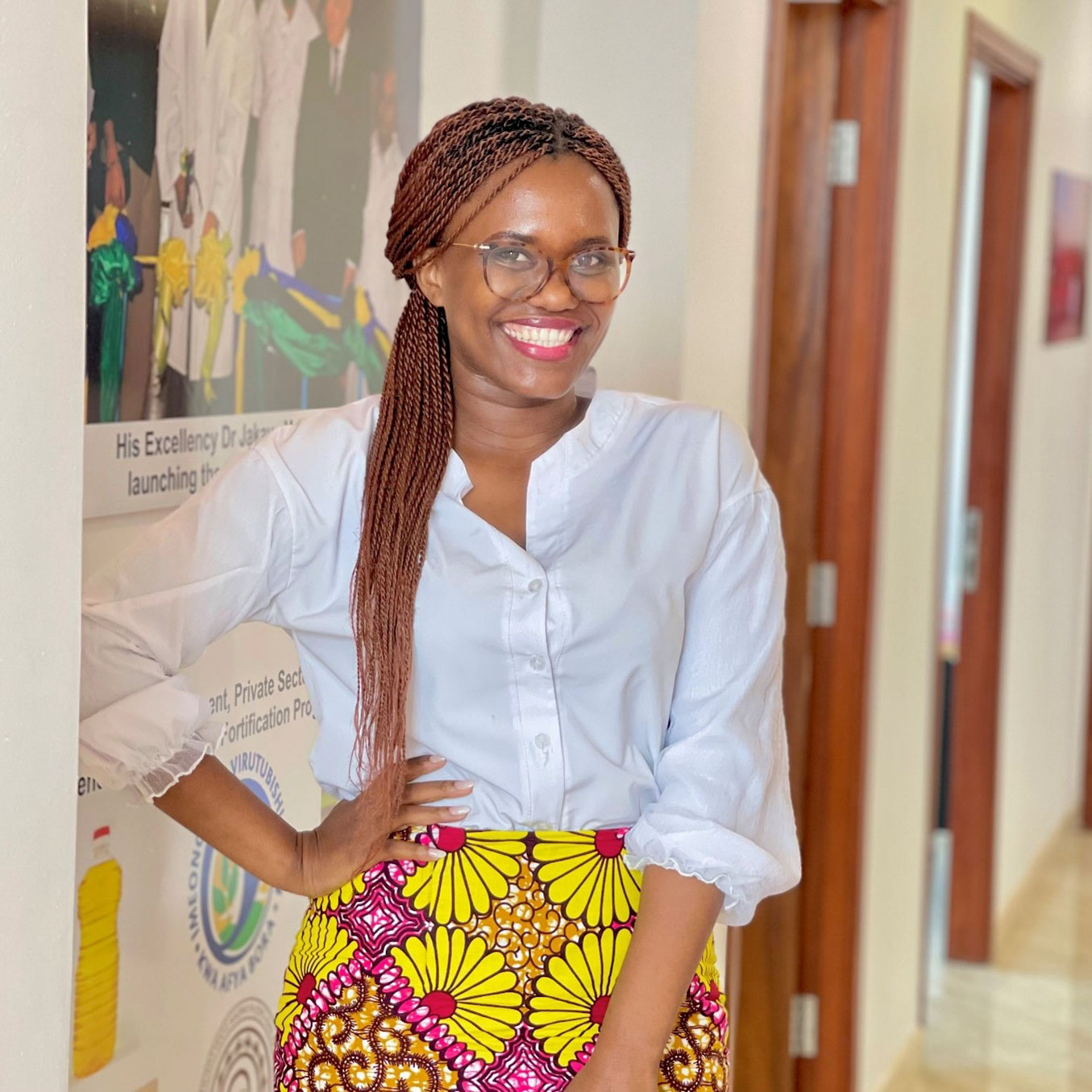 Mariam is a demand creation associate for CBC Tanzania, in charge of project coordination, implementation and creating demand for nutrient rich crops.

Jillian Kanaiza Makungu is an Associate Programme Communications for the Commercialisation of Biofortified Crops Programme (CBC). She coordinates internal and external communications supporting six countries in Africa and Asia.