World-over, the first week of August is observed as ‘Breastfeeding Week’. The theme of this year’s World Breastfeeding Week, coordinated by the World Alliance for Breastfeeding Action (WABA), revolves around strengthening the capacity of actors that protect, promote and support breastfeeding across different levels of society.

Breastfeeding plays a pertinent role in furthering Sustainable Development Goal 2 and 3, which include ending hunger, improving nutrition and promoting health and wellbeing. Breastfeeding is one of the critical pathways to reduce under-five mortality.

GAIN works to ensure consumption of safe and nutritious foods, this often includes working to protect and promote breastfeeding. Specifically, our work on complementary feeding reflects our commitment to improve overall diets of young children in a way that does not displace breast milk as the main source of food in infants’ diets.

Through the use of innovative approaches and interventions to generate social and behavioural change in lactating and childbearing age women, GAIN has implemented Emo-Demos - an abbreviation of "Emotional Demonstrations." Emo-Demos have been used successfully by GAIN across Indonesia and piloted in Mozambique with assistance from the Government of the Netherlands. GAIN Mozambique has been working in collaboration with USAID’s Transform Nutrition programme to replicate the project and lessons learned in Indonesia across the country.

Emo-Demos involve group activities that are interactive, engaging, memorable and fun. These sessions are designed to trigger an emotional reaction related to a particular topic and behaviour. An EmoDemo session lasts 30 to 40 minutes and is intended to be provocative and engaging and present information in a non-traditional way that makes people pay attention and triggers an intention to act. After the activity there is a discussion designed to promote the sharing of personal experiences, to stir emotions, and to summarise and focus the learning.

Arminda is a 25-year-old Mozambican mother of two (Laura, 4 years old and Pedro, 16 months old). She looks lean and active, a stark contrast to her somber face. Arminda talks about the number of times her child, Pedro gets sick and ends up having to go to the health unit in her community in Namialo, Nampula province. Unfortunately, Arminda, like many other women in Nampula, has little knowledge about good nutrition practices.

She told us how it has been since the birth of her children, "I don't give that dirty milk to my children" she said in a firm tone, when talking about her breastfeeding experience.

Arminda, similar to other women in Nampula, does not give colostrum, the first milk from the breast which comes out when the baby is born, to her children because she considers it to be "dirty milk." "Like her, many women we talked to do not follow good exclusive breastfeeding practice, and only provide their children with breast milk until they are three months old, and then immediately introduce complementary feeding with solid food.

A live demonstration in Nampula

This is the norm in Arminda’s community since these practices were passed on by their mothers, aunts, and grandmothers, who taught them that colostrum should not be given to the new born because it is dirty milk. Similarly, complementary feeding was taught to new moms to be an important life skill for the baby, so that from an early age, they get used to eating what the whole family eats.

The Nampula province is currently one of the regions with the highest rates of chronic malnutrition (46.7%, according to UNICEF).

Contributing to this situation are inadequate feeding practices for lactating women and their children, particularly during their first 1,000 days of life. These unsubstantial practices are justified by cultural beliefs and habits that have been passed down from generation to generation that must be broken today to ensure the eradication of chronic malnutrition and its impact on the lives of children.

During the pilot phase of the EmoDemos project, GAIN with support from the Government of the Netherlands, tested and implemented eight EmoDemos in the districts of Nacala-Porto and Mossuril between 2019 and 2020. In this testing phase, the project focused on three topics and behaviours: exclusive breastfeeding; complementary feeding and hand washing.

Arminda had the opportunity to participate in a session of EmoDemos. In this session, the topic of breastfeeding was addressed, and at the end, when she gave her review, she was quite perplexed by the information she received. This was mainly because she realized that her behaviour and choices influence the health situation of her child.

"I didn't know that I should have given the colostrum to my children and that the milk from my breast is enough for them to be healthy and strong until they are 6 months old" said Arminda, still looking astonished by what she had just learned in that session, in the community in Namialo, Meconta district, Nampula province.

That same day we met several mothers across the area. Some of them had been attending the Emo-Demos sessions for some time and have become ambassadors for nutrition. They recruit other mothers and women of child-bearing age, along with their husbands to these sessions.

Through Emo-Demos, we have realised the importance of similar initiatives that work on emotions and contribute to changing people's behaviour and by impacting these mothers we impact a community, contributing to the good we all hope for: the eradicating of chronic malnutrition in Mozambique.

Because GAIN believes in this model of social and behaviour change, we continue to work with other organisations to create partnerships and raise new resources to expand this initiative across more districts, more provinces, and soon reach the entire country.

Emo-Demos are currently being replicated by GAIN as part of the Transform Nutrition project, implemented by a consortium led by ADPP (a Mozambican Non-Governmental Association), with funding from USAID. These activities are being expanded across 12 districts in Nampula province. 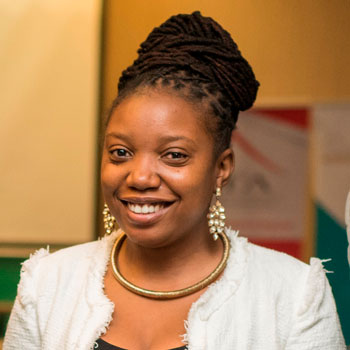 ​Catia Manguene has been working with GAIN for more than 5 years coordinating the communication, branding portfolio and event planning for GAIN Mozambique and its local projects as well as the national SUN Business Network. 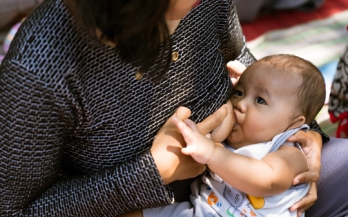