In September this year, the UN Secretary General will convene the first ever UN Food Systems Summit (UNFSS), a historic moment for centring food in many critical issues facing people all over our planet today: from hunger and malnutrition; to environment and nature; to livelihoods and human rights; to resilience to shocks and stresses like Covid-19 and the climate emergency.

India is a vast and diverse nation, but its food and malnutrition challenges remain significant. Some 38% of children under five are stunted – a third of the world’s stunted children. Climate change is also set to bring further difficulties from more frequent and severe heat waves, sea level rise threatening coastal areas, reductions in water resources and changes to rainfall patterns, among other challenges.

The Summit is expected to serve as a turning point to achieve all the Sustainable Development Goals (SDGs) with participating countries expected to launch bold new actions, solutions, and strategies to build healthier, more sustainable, and more equitable food systems across the world.

The Summit would pursue five specific objectives under five Action Tracks. The objectives are:
to ensure access to safe and nutritious food for all

As a nation, India joins over 125 countries that have embarked on coordinating efforts for inclusive, multistakeholder Food Systems Summit Dialogues to engage around the vision of the ‘people’s summit’. All over the world, countries have been holding – and in some cases continue to hold – national and sub-national dialogues to surface and prioritise needs and actions. These convenings bring stakeholders from different areas of the public sector, national and subnational, representing ministries like agriculture, food, health, and environment together with private sector players like food industry bodies or small and medium-sized enterprises; along with UN agencies, academics and representatives from international and national Non-governmental organisations and civil society organisations (NGOs and CSOs); and finally and very crucially, together with representatives of stakeholders from groups with voices that too often go unheard – women’s groups, consumer groups, young people, indigenous people, and farmer organisations.

India, set to become the world’s most populous country in the next six years has a crucial stake in the Food Systems Summit. India’s primary, but not exclusive focus is on  Action Track 4: Advance Equitable Livelihoods aiming to achieve solutions to advance equitable livelihoods in food systems through tackling poverty from a multidimensional perspective with a focus on those whose livelihoods (women, youth, indigenous peoples, the disabled, seasonal laborers, etc.) are most adversely impacted by current food systems practices, and norms that limit equity.

Advancing equitable livelihoods requires building agency among those people in the food systems who lack the space or the enabling environment in which to exercise their power and rights by protecting and strengthening their capacities and the knowledge, resilience, and innovation that they inherently possess.

India is a vast and diverse nation, but its food and malnutrition challenges remain significant. © Unsplash / Ron_hansen

While there India has separate policies on agriculture, food security and nutrition, a food systems approach needs more attention. The problems of unsustainable production, producers’ livelihoods, consumer welfare and the environment, are often seen at odds with each another. However, these issues intersect for the farmer, who is both a producer and a consumer, and depends on the environment for his/her livelihood.

Given the above backdrop, and in preparation  for the UNFSS, India has conducted one Member-State dialogue in April 2021: the National Level Dialogue on Agri-Food Systems-Advancing Equitable Livelihoods. This Dialogue was facilitated by the Inter departmental Group constituted by the Department of Agriculture Cooperation & Farmers Welfare and representatives from UN Agencies in New Delhi with participation from farmers’ organisations, farmer producer organisations, civil society organisations, research institutions and experts, as well as representatives of different government agencies.

During the UNFSS Pre-summit convening in Rome and virtually with participants from all over the globe, the Government of India’s Member State representative, Honourable Shri Narendra Singh Tomar, Union Minister for Agriculture and Farmer Welfare, laid out "important steps that we've taken to make our agricultural food systems sustainable, to increase farmers income, and to address the problem of hunger in our country."

These included for instance a focus on providing agricultural infrastructure including through a dedicated multibillion dollar fund, creating agricultural marketing infrastructure with a focus on small-scale farmers, providing insurance, working to improve soil health, boosting efficient water use in agriculture, celebrating the International Year of Millet in 2023 as proposed to the United Nations by the Government of India, and running food-based safety net programmes including the targeted public distribution system and the midday meal scheme.

The honourable Minister went on to affirm, "We will continue with our efforts to try to achieve the targets set out in the sustainable development goals by 2030 and we will definitely meet the expectations of our people."

The report of the National Dialogue conducted in April revealed several areas of recommendations that arose including:

The agenda for food systems transformation in India is understandably large and complex with many diverse stakeholders involved. Consensus-building on the way forward is critically important, and to this end, committed non-governmental stakeholders have recently initiated a Coalition of Partners for Food System Transformation in India, with the aim to build commitment for collective action for a safe, more nutritious, sustainable, and equitable Indian food system for accelerating progress towards achieving the UN’s Sustainable Development Goals by 2030.

GAIN India is committed to working with the coalition, other development partners, and stakeholders in government at the national and state levels to support the urgently needed acceleration of India’s food systems transformation. 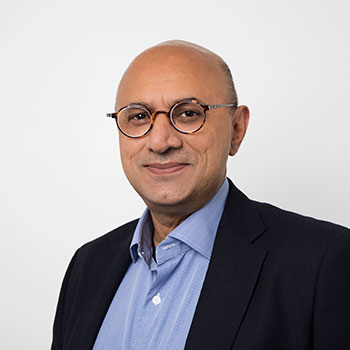 Tarun leads the strategic, programmatic, operational and representational activities of GAIN in India. He works with a variety of public and private sector partners - and in coordination with the donor and development community - to develop programmes and projects aimed at enhancing the quality of people's diets.