Time to end the slow violence of chronic hunger

As the war in Ukraine continues, with its rapid escalation of violence, the global hunger crisis is becoming ever more severe.

The UN Food and Agriculture Organisation estimates there will be up to 13.1 million more chronically undernourished people in the next year due to the war, while the World Food Programme predicts that between 33-47 million people will face acute food insecurity. According to the Centre for Global Development, 40 million people will be pushed into poverty. These numbers will get worse as the conflict continues.

A number of initiatives have been launched to respond to this devastating reversal of progress. The UN Secretary General has set up a Global Crisis Response Group on Food, Energy and Finance, and ahead of the G7 meeting which it is hosting this week, Germany announced a new Global Alliance for Food Security to be housed at the World Bank. Meanwhile, France, the current holder of the EU Presidency, has launched the Food and Agriculture Resilience Mission (FARM) initiative to combat immediate hunger.

These moves are desperately needed and to be welcomed. It is good that hunger is rising rapidly up the political agenda. However, there are three risks that need to be addressed.

Firstly, it will be critical to coordinate the initiatives to ensure effectiveness. They should not be chasing the same individuals, organisations, funding or headlines. The problems are huge; energy must be channelled into collaboration and cooperation, not competition.

Secondly, the political imperative to act now to avert disaster must not undermine long-term sustainable development. Efforts to address the crisis in the short run must be designed with the medium and longer term in mind.  For example, scaled up social protection should build agri-food system resilience by promoting the diversification of food production and consumption, making countries and regions more resilient to future shocks, whether caused by droughts, floods, pandemics or conflicts.

Thirdly, we cannot rely on governments alone. There must be a role for the private sector. The demands of the Ukraine invasion and its effects on the price and availability of food, feedstock, fuel, fertilizer and financing mean that the fiscal space for governments --countries with high burdens of hunger as well as donors --is tighter than it has been during the COVID-19 crisis. 43 companies have already pledged to invest USD 391 million in 47 high burden countries through the Zero Hunger Private Sector pledge. This is welcome but there is more to do.

As the war in Ukraine continues, with its rapid escalation of violence, the global hunger crisis is becoming ever more severe. © GAIN

As hunger escalates it will undermine all the Sustainable Development Goals and dramatically set back the world’s efforts to end poverty, hunger, inequality, conflict, environmental degradation, and suffering. Hungry people are more prone to civil unrest, are unable to buy anything other than the bare necessities of survival, and do not have the time or energy to exercise their entrepreneurial spirit. They are more likely to damage nature in their struggle to feed their families and survive.

This year sees many opportunities to make meaningful commitments to ending hunger in the short and longer term: the G7 in Germany, the World Economic Forum in Davos, the G20 in Indonesia, and COP27 in Egypt to name a few.  Governments and businesses need to rise to the occasion, so that we can not just end the acute violence of conflict in Ukraine but also the slow violence of chronic hunger. 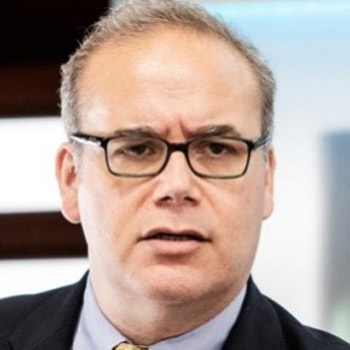 Dr Máximo Torero Cullen is the Chief Economist and Assistant Director-General, Economic and Social Development Department (ES) of the Food and Agriculture Organization of the United Nations (FAO) since January 2019. 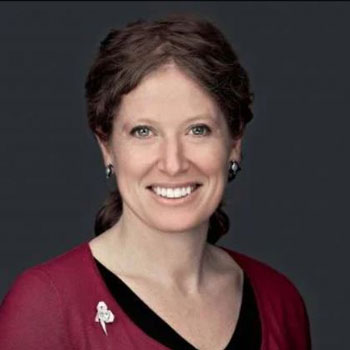 Carin Smaller is Director, Agriculture, Trade & Investment, for the Economic Law and Policy program. She advises governments and parliamentarians on law and policy issues related to foreign investment and trade in agriculture. She is the author of the IISD Guide to Negotiating Investment Contracts for Farmland and Water, the first attempt to create a model contract for developing countries to attract investment for agriculture, while at the same time, promoting the needs of the poor and protecting the environment.