Story 5: The Food Crisis in Bangladesh

Read our fifth story in the series on The Food Crisis: What's Happening, a collection of work on the current events and the impact communities are seeing on a global scale. The Food Crisis is affecting everyone socially, economically and nutritionally. GAIN Bangladesh discuss the wide reaching ripple effect the hardship in Bangladesh will cause on for those most vulnerable in society, and what actions need immediate attention.

The world is going through crisis after crisis - the Ukraine war has been a major setback from the recovery initiatives to build back from the impacts of the COVID-19 pandemic which disrupted both global and local food supply chains, Food, raw material and energy prices have risen sharply, exacerbating potential vulnerabilities in the world’s food, health safety, and security system.

In contrast to the impacts of the COVID-19 pandemic which were mainly characterised by disruptions to local markets as a result of restrictions on economic activity and mobility, the impacts of the war in Ukraine have primarily been transmitted through global food, fertiliser and energy markets. Ukraine is a major exporter of oilseeds, corn and wheat with Ukrainian exports comprising 10% of global wheat exports. Severe restrictions on Ukrainian exports have been exacerbated by the actions of other countries, for example the edible oil market being destabilised by other countries’ bans on exports of palm oil. Sanctions on Russia, a major food commodity and fertiliser exporter and on Belarus a significant supplier of potash to the world market, have also constrained supply.

How is the Ukraine war affecting Bangladesh?

While Bangladesh is historically reliant on rice for the majority of its calorie intake, wheat has been becoming a more significant food source, with wheat consumption trebling since 2000 and now comprising 7% of calories but with 80% imported. Russia and Ukraine have both been major exporters of wheat to Bangladesh. Although the country does not import vegetable oils from these countries, the war has contributed significantly by increasing price as a consequence of associated bans put in place in the earlier stages of the conflict by other palm oil and soybean oil exporting countries. These included Indonesia which supplies 80% of Bangladesh’s palm oil imports and Argentina’s imposition of an export ban on soybean oil.

Annual increases in excess of 20% have also been observed in the prices of pulses, eggs onions and fresh vegetables

Additionally, since Bangladesh is an agriculture dependent country, the costs of imported fertilisers including nitrogen, phosphate, potash can have a deep impact on domestic production, increasing the demand for rice imports. Bangladesh having to buy these supplies at higher cost puts pressure on monetary reserves and impacts the currency market. Product stockpiling is another growing concern for the Government.

The status of the new poor and peoples’ purchasing power

According to the World Bank, the COVID 19 pandemic is estimated to have created 62-71 million new poor in 2020 and 48-59 million new poor in 2021 in South Asia. However, the recovery has been significantly better in Bangladesh than in other countries, (see Figure 1 for average LMIC GDP growth forecasts) Bangladesh’s growth forecast at 6.4% for the fiscal year 2021-22, rising to 6.7% in FY 2022-236. According to the Bangladesh Bureau of Statistics (BBS) data, there is a 9% increase in the per capita income in Bangladesh in 2021-22.

However, an increase in the inflation rate, as well as the increase in the energy prices in the international market, has impacted people’s purchasing power. Food inflation reached 9.08% in September 2022 after hitting 9.94% in August 2022, the highest since the fiscal year 2012-13, according to BBS data.

A studies by the International Food Policy Research Institute (IFPRI)7 indicates that the percentage of rural households facing moderate or severe food insecurity increased from 15% in early 2020 to 45% in January 2021. At the end of 2021, it is estimated to have returned to the pre-pandemic levels.

The price increase of food commodities, including oil and gas has put pressure on the low- and middle-income consumers, and is badly impacting their purchasing power and affecting consumption behaviour. Combined with food distribution and supply chain disturbances which can result in the lack of availability and affordability of diverse food and affect the dietary diversity scenario, this might result in a significant increase in food insecurity among the population.

Further, there are concerns that low-income consumers’ purchasing power could be further eroded if exports of major employers such as the garment industry are disrupted by global events. 64% of the country’s garment exports, and 58% of the total exports are intended for the European market.

While global disruptions have clearly impacted food availability and affordability, Bangladesh is also particularly vulnerable to the impacts of natural disasters,

In Bangladesh, an estimated 7.2 million people in total were severely affected by the devastating flash floods in May and July 2022. This flash floods especially in the haor areas in Bangladesh submerged more than 80% area as per the United Nations flood situation report on Bangladesh. It damaged the production of paddy rice during the season and the excessive rainfall across the country damaged the ripened crop. In June 2022 Bangladesh’s Ministry of Agriculture (MoA) gave an updated crop loss assessment, which shows that Aus paddy (one type of highly produced seasonal paddy) on 56,000 hectares of land has been damaged. This is over 5% of the total Aus acreage (1.1 million hectares) in Bangladesh so far. This had an impact on the price of rice in the wholesale markets of different districts of Bangladesh from May 2022 as competition among traders to purchase more paddy due to concerns with less production intensified.

The way forward – more focus on sustainability and resilience building

The global leaders at the World Economic Forum in Davos 2022 stressed the importance of focusing on resilience building in terms of health, food, education, and social protection.

A number of policy imperatives can be identified in this respect:

The government and private sectors together need to have precautionary measures in place to tackle any further emergencies as well as a robust recovery plan to cope with shocks. During any crisis, the vulnerable become more vulnerable to the scarcity of basic needs including food safety and food security. A viable economy, availability, affordability of the essentials, and a stable food system that delivers for the unserved and underserved can help us to overcome food crises. 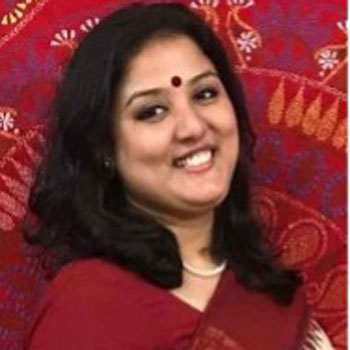 Mandira is GAIN's Project Manager- Policy and Food Systems. Her main areas of works are policy and influencing with different ministries and government agencies involved with food systems, nutrition and youth mobilization to ensure the effective implementation of national commitments made at different important global summits. 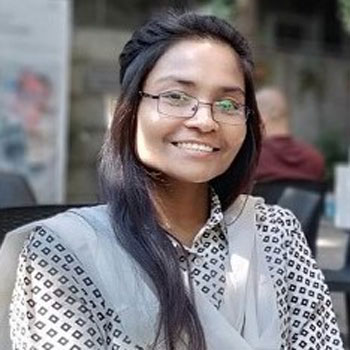 Nandinee is leading the Digitalization of the Edible Oil Fortification project of the LSFF team in Bangladesh. As a part of the LSFF team, she is driving to establish a technology-enabled environment in the fortification value chain which will help to increase the economic value and ensure compliance, food safety, and consumer rights and protection.