The Global Alliance for Improved Nutrition (GAIN) and HarvestPlus announced today a new partnership to bring the benefits of biofortified crops to one billion consumers.

The two organisations have worked closely for years and this agreement formalizes an even stronger partnership. The USD 35 million programme will focus on commercializing and expanding the reach and coverage of nutrient-enriched crops, such as zinc wheat, iron pearl millet, and iron beans. “Thanks to the dedication of hundreds of partners worldwide, more than 50 million people living on farms have been reached with these new varieties,” said Dr Howdy Bouis, founder and CEO of HarvestPlus and 2016 World Food Prize laureate, “but the potential is there to expand those benefiting tenfold via market channels”.

“The logic of the partnership is compelling,” said GAIN’s Executive Director Dr Lawrence Haddad, who receives the 2018 World Food Prize this week. “HarvestPlus leads the global biofortification effort. Together, we will leverage our linkages with the private sector to accelerate market uptake of some of the 290 biofortified varieties of 12 staple food crops that have been released or are being tested in more than 60 countries around the world. Giving better access to hundreds of millions of consumers will make a big contribution to reducing life-damaging deficiencies of micronutrients”, he added.

Biofortification is an effective and proven innovation using conventional plant breeding or agronomic practices to increase the micronutrient levels of food crops. “Biofortification is a scientifically underpinned, cost-effective and scalable solution to micronutrient deficiency,” said Dr Bouis. “It also has the potential to offset the reduction of iron and zinc in staple crops due to climate change,” he concluded.

The logic of the partnership is compelling. HarvestPlus leads the global biofortification effort. Together, we will leverage our linkages with the private sector to accelerate market uptake of some of the 290 biofortified varieties of 12 staple food crops that have been released or are being tested in more than 60 countries around the world.

Bringing two significant players in the nutrition global architecture together offers the opportunity to build an impactful investment in nutrition-sensitive agriculture. GAIN has a track record of working with private companies to create sustainable market models for nutritious foods and is looking at ways to improve dietary diversity. HarvestPlus has a pipeline of biofortified crops, and strong research and development partnerships, including delivery work to farmers. Earlier in their careers, Bouis and Haddad worked together on the research that led to the development of the concept of biofortification.

“This partnership can bring the benefits of biofortified crops to many more people,” said Dr Howdy Bouis. Dr Lawrence Haddad added: “And we are delighted that the Federal Ministry of Economic Cooperation and Development Germany (BMZ) and the Dutch Ministry of Foreign Affairs  have agreed to make substantial investments in this innovative new partnership.” 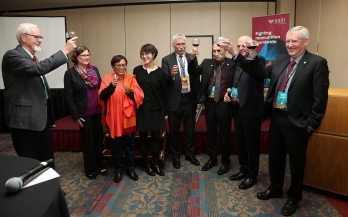 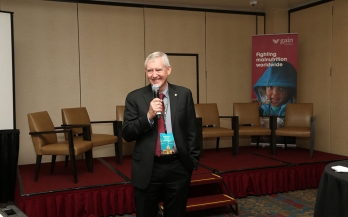 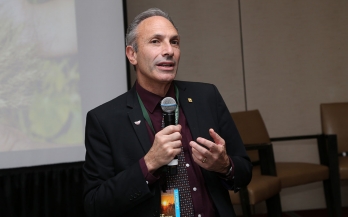 HarvestPlus improves nutrition and public health by developing and promoting biofortified food crops that are rich in vitamins and minerals, and providing global leadership on biofortification evidence and technology.