Launch of a global youth-led campaign to transform food systems

A pledge to encourage millions to create sustainable food systems.

A shoutout from young leaders behind the Act4Food Act4Change campaign:

Today, a global youth-led food movement was launched, promising to ignite a campaign action to combat hunger, improve health and heal the planet. The #Act4Food and #Act4Change campaign takes the form of a simple pledge and list of actions. The pledge brings together young people from around the world to focus on personal action and advocacy as a contribution to systemic change.

The overarching vision behind this global youth movement is to achieve sustainable global food systems that provide all people with access to healthy and sustainable diets. The pledge urges governments, businesses, UN agencies and youth counterparts to act boldly and promptly. The list of actions are what young people want businesses and governments to do in order to fix our broken food system. We are asking young people to contribute to shaping the food system of the future by
voting for their priority Actions 4 Change.

We know our current food systems contribute to ongoing health, climate, and biodiversity crises, and violation of human rights. We will only be able to achieve the United Nations Sustainable Development Goals with a fundamental transformation of our food systems.

While we as young people have been excluded from most political and economic decision-making processes, we are also the ones who will live the longest with the consequences of decision made today.

We pledge to act. And we demand urgent large-scale action from others, especially from decision- makers in government and business.

As youth we #Act4Food #Act4Change to support #GoodFood4All

More than half of the world’s population is under the age of 30. As a collective force, young people have extraordinary potential to mobilize and influence global movements, which can be initiated in the form of a simple pledge. The actions for change will enable young people to engage with advocacy and campaigning in their own countries as well as creating a united voice across the globe in the lead up to the United Nations Food Systems Summit. The UN Food Systems Summit
was announced by the UN Secretary-General, António Guterres on World Food Day October 2019 as a part of the Decade of Action for delivery on the Sustainable Development Goals (SDGs) by 2030. The aim of the Summit is to deliver progress on all 17 of the SDGs through a food systems approach, leveraging the interconnectedness of food systems to global challenges such as hunger, climate change, poverty and inequality.

Today, a global youth-led food movement was launched, promising to ignite a campaign action to combat hunger, improve health and heal the planet. The #Act4Food and #Act4Change campaign takes the form of a simple pledge and list of actions.

"Transforming food systems to deliver on the SDGs by 2030 will require action by everyone, everywhere – and youth will need to be at the center to ensure success," said Dr. Agnes Kalibata, UN Secretary-General Special Envoy for the Food Systems Summit. "Indeed, young people are already bringing ideas, energy, awareness, and action to all parts of the UN Food Systems Summit process, at local, national, regional, and global levels. This pledge is a great example of a youth-led
contribution to lead the way for inspiring actions and commitments needed to achieve a shared vision for people, planet, and prosperity."

Anna Taylor OBE, Executive Director the Food Foundation said, "The time to act is now. Our food system and the planet are facing a crisis and we have a young generation who are incredibly engaged in wanting to drive change. The power of their united voices will send an important message to businesses and Governments around the world that they need to act urgently and boldly. The pledge will unite them, and the Actions 4 Change will enable them to campaign and act in their own countries and communities."

2018 World Food Prize Laureate, Dr Lawrence Haddad, Executive Director of GAIN, currently chairing Action Track 1 of the Summit, said, "Hunger and malnutrition continue to be major challenges faced by millions around the globe. The Act4Food Act4Change pledge campaign is an extraordinary initiative spearheaded by youth to act to solve global problems, including the issue of global hunger and malnutrition in all its forms. We believe that the collective voice of the younger generations holds great power, and will lead to impactful, overdue, and necessary change."

The unprecedented challenges presented by the global health pandemic and the climate crisis, coupled with exponential population growth and unsustainable consumption, production and distribution patterns, all threaten the global population and the planet. We have less than ten years to follow through on the historic commitments made by world leaders in 2015. We believe young people need to be at the centre of efforts in order to achieve the Sustainable Development Goals.

Speaking at the launch, Ireland’s Minister of Foreign Affairs and Defence, Simon Coveney, said: "Ireland is delighted to be supporting the Act4Food Act4Change pledge campaign. It is a powerful example of youth voices from across the world coming together to achieve change in a critical year. The Pledge is simple yet highly effective, and gets to the heart of what food systems transformation is all about: ensuring that every person has access to safe, affordable and nutritious food that is
produced sustainably."

Wendy Morton MP, FCDO Minister for the European Neighbourhood and the Americas, said, "Young people cannot live healthy and resilient lives and fulfill their potential if the food they eat isn’t nourishing or if it harms the planet. Yet, for many, such a life is currently out of reach. Act4Food Act4Change presents a unique opportunity for young people throughout the world to take action and to drive real change." 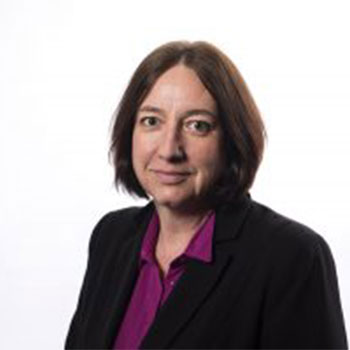 Jo joined the Food Foundation as Head of Communications in April 2018.  Jo is passionate Media & Campaigns Executive specialising consumer health and public advocacy campaigns with over 20 years experience working across all areas of Broadcast, Digital and Print Media.

The Food Foundation is a UK charity working to influence food policy and business practice, shaping a sustainable food system which makes healthy diets affordable and accessible for all. We work in partnership with researchers, campaigners, community bodies, industry, investors, government and citizens to galvanize the UK’s diverse agents of change, using surprising and inventive ideas to drive fundamental shifts in our food system.

Irish Aid is the Irish Government’s programme for overseas development. The programme is managed by the Development Co-operation Division of the Department of Foreign Affairs and Trade. The work they do in fighting global poverty and hunger is integral to Ireland’s foreign policy.

UK Aid Direct is a £150 million programme currently changing the lives of over *4 million of the world’s poorest people with UK aid from the UK Government. Funded by the former Department for International Development (DFID), now Foreign, Commonwealth & Development Office (FCDO), UK Aid Direct supports small and medium sized civil society organisations (CSOs), based in the UK and overseas, to achieve sustained poverty reduction and to achieve the United Nations’ Global Goals (opens in a new window).