Recently, I had the opportunity to travel to Indonesia and visit GAIN’s programmes in East Java. In this region, more than 40% of children under 5 suffer from malnutrition, and almost 1 million are stunted. Reducing stunting is one of the main priorities of the Ministry of Health in Indonesia.

A critical element to improve children’s health and reduce child malnutrition is changing behaviours and practices around maternal and infant nutrition. In Indonesia, mothers are generally aware that exclusive breastfeeding for six months is best for their child, and that they should continue to breastfeed for a further eighteen months with complementary foods. But many still prefer feeding their children with infant formula. A contributory factor is that they believe they are not healthy enough to produce enough milk for their baby, and breastfeeding is not always easy: sometimes it is physically challenging and sometimes it is difficult to make it fit into the demands of daily life.

To address these complex issues, in the last few years GAIN has been working in close collaboration with the government of Indonesia and other partners on the Baduta programme. The programme aims to promote breastfeeding, increased dietary diversity of home-made complementary foods, consumption of healthy snacks for infants, and consumption of animal source protein by pregnant women.

Developed in collaboration with the London School of Hygiene and Tropical Medicine, the first phase of the programme focused on creating television commercials and interactive games (called "emo-demos", which stand for "emotional demonstrations") to make women realise the benefits of exclusive breastfeeding until their child is at least 6 months of age. The second part consisted in airing those commercials on national television and carrying out the emo-demos in the posyandus (community health centres).

The programme showed good results. An independent evaluation led by the University of Sydney demonstrated that children between 6 and 23 months who were part of the intervention group were significantly more likely to have achieved minimum dietary diversity and to have consumed iron-rich foods compared to other children. The programme has already reached more than 250,000 women in both rural and urban communities in East Java.

This number looks quite impressive to me, considering the available resources and the fact that programme implementation only started in July 2018. I asked my colleague in charge of Baduta at GAIN, Agnes Mallipu, how she and other colleagues were able to develop such an ambitious programme. She explained: "We first started developing the second phase of the programme in January 2018, in close collaboration with a creative agency specialised in behaviour change communication. At the beginning, we trained seven district coordinators on how to deliver training focused on play roles and games that would make women understand what is good - and less good - behaviour when it comes to feeding their children. The seven district coordinators then provided training to 168 district level trainers, who – in turn – trained another 1,614 village trainers. Those village trainers further trained 10,000 community volunteers, who were able to deliver emo-demos to more than 250,000 mothers. Through this cascade of training, we were able to reach 4,494 posyandus in 521 villages."

During my visit to a posyandu in a rural village located near Bondowoso in East Java, I had the chance to witness firsthand the effectiveness of the emo-demos. The community volunteers are engaging with women in a fun and interactive way, through games and songs, showing them how to feed their babies well so that they can grow strong and fulfil their full potential in life. The energy and enthusiasm I have seen in the posyandu was striking. Some women told me how grateful they were to GAIN and partners for developing such an effective and interactive approach to help them understand and make choices for their children to live a healthier life.

At the beginning, we trained seven district coordinators on how to deliver training focused on play roles and games that would make women understand what is good - and less good - behaviour when it comes to feeding their children.

Today, the Baduta programme is considered a very successful example of improving infant and young children feeding practices through behaviour change communication. The government of Indonesia is actively promoting the programme throughout the country, and other districts in Java and other islands of Indonesia (i.e. Papua, Sulawesi and Sumatra) have already expressed interest in adopting the methodology.

The GAIN teams in Bangladesh and Mozambique are also looking closely into this success story and are keen to explore opportunities to develop similar programmes to improve child nutrition in their respective country. 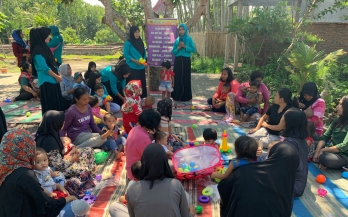 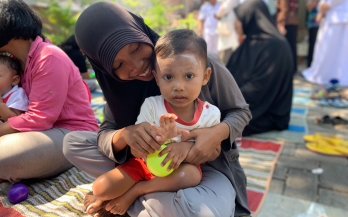 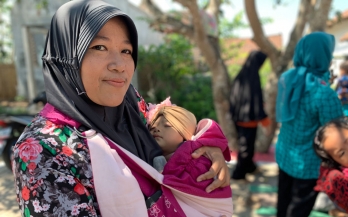