24 World Food Prize Laureates from across the globe, dedicated to driving change in food systems, are calling on the leadership of the United States Administration to help end world hunger. The World Food Prize Laureates submitted an open letter to the President of the United States of America, Joseph R. Biden Jr., calling on the new Biden-Harris administration to help achieve the global goals on food.

"Dr. Norman Borlaug envisioned a prize to elevate the innovations that would inspire current and future leaders to increase the quality, quantity, and availability of food for everyone", said Barbara Stinson, President of the World Food Prize Foundation. "At this critical juncture in the U.S. and globally, the Laureates’ call to leverage funding, alliances, and leadership on behalf of transforming food systems is timely, focused on the urgency of U.S. action to achieve zero hunger by 2030."

2018 World Food Prize Laureate, Dr. Lawrence Haddad, Executive Director of GAIN, said, "Our food systems are moving us in the wrong directions: hunger levels are rising, child undernutrition levels are at severe risk of rising, obesity is increasing, we are off track to meet climate targets, biodiversity is being squandered, not enough decent jobs are being created and community resilience is being undermined. But this moment in time has created an opportunity for everyone to think and act differently: with ambition, with solidarity and with lasting impact".

24 World Food Prize Laureates from across the globe, dedicated to driving change in food systems, are calling on the leadership of the United States Administration to help end world hunger. © The World Food Prize Foundation

Pre-COVID-19, hunger was on the rise. In 2017, the Food and Agriculture Organization (FAO) estimated that 3 billion people could not afford a healthy diet. While the world reduced absolute poverty from 2 billion people in 1990 to 800 million people before the COVID-19 pandemic, the United Nations Development Programme (UNDP) approximates that more than 1 billion people will live in extreme poverty by 2030.

The strong commitment of the United States can significantly impact achieving the goal of zero hunger by 2030. The World Food Prize Laureates have highlighted three steps:

The World Food Prize Laureates are calling on the Administration of President Biden to:

Every year, the World Food Prize has been privileged to announce a Laureate recognized for their inspiring work in improving access to, quality of, or amounts of food globally. 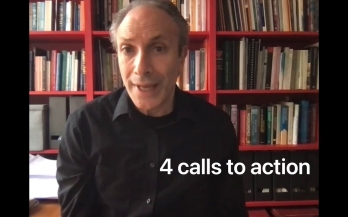 The World Food Prize Foundation elevates innovations and inspires action to sustainably increase the quality, quantity and availability of food for all. The Foundation supports this through a variety of innovative programs year-round.