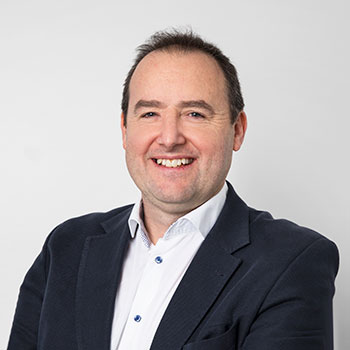 Dominic is originally from the northeast of England. He graduated in Environmental Health and later completed an MSc in Water Pollution. In his early career, he worked for the Ministry of Health in Namibia with VSO on Environmental Health. He later joined Raleigh International as a Country Director in Namibia, Mongolia and southern Chile.

Dominic then joined the UK Department for International Development (DFID) in 2002 as the Environmental Health policy adviser. In 2003 he was posted to Yemen where he learnt Arabic and was tasked with establishing DFID’s first bilateral development programme in the country. Over the next ten years he was based in Iraq, Sierra Leone and Nepal as DFID’s Country Director. In 2013 he became the UK’s Executive Director on the Board of the African Development Bank in Tunis then Abidjan where he was also Chair of the AfDB’s Board Committee on HR, IT and Administration.

In 2017 Dominic joined the World Wildlife Fund for Nature (WWF International) as their Chief Operating Officer, based in Gland near Geneva after 15 years with DFID. In September 2020, Dominic was appointed as Executive Director of the Water Supply and Sanitation Collaborative Council (WSSCC).