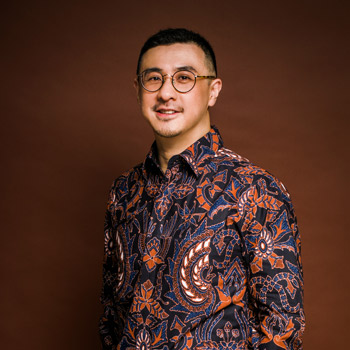 Mr Salim Axton has been the Head of Dairy Division at PT Indofood CBP Sukses Makmur Tbk since September 2, 2009 and has been its Head of Corporate Marketing since February 1, 2017.

Mr Axton serves as the Head of Beverages Division at PT Indofood CBP Sukses Makmur Tbk. He served as an Assistant to the Chief Executive Officer of Indofood. He joined Indofood in 2004.

He served as Marketing Manager of PT Indofood Fritolay Makmur from 2004 to 2006. He served as an Assistant to Chief Executive Officer of PT Indofood Sukses Makmur Tbk from 2007 to 2009. He began his career with Credit Suisse Singapore in the Investment Banking Division. He has been the President Commissioner of PT Tirta Sukses Perkasa since 2013. He has been Vice President Director I of PT Indolakto since 2013.

He has been a Commissioner at PT Nestlé Indofood Citarasa Indonesia (NICI) since April 2010, PT Salim Ivomas Pratama since 2007 and PT Perusahaan Perkebunan London Sumatra Indonesia Tbk since 2009. Mr. Axton has been a Non-Executive Director of Gallant Venture Ltd since April 30, 2014. He serves as a Director of PT Indofood Asahi Sukses Beverage. He has been a Non Executive Director at Indofood Agri Resources Ltd. since October 2007 and served as its Director since January 23, 2007. In 2014, he participated in training programs, workshops and seminars including Indonesia Financial Services Authority Draft Regulations Synopsis 2014 on December 5, 2014.

Mr. Axton holds a Bachelor of Science in Business Administration from the University of Colorado, USA in 2002.