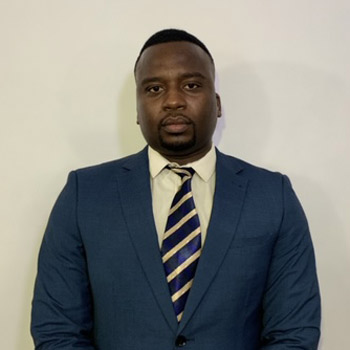 Diogo joined GAIN after three years mostly focused on local NGO´s in Mozambique, AMDEC – Associação Moçambicana para o Desenvolvimento Concertado - where he worked as a Project Manager in projects related to HIV, Malaria and malnutrition, and a more civil society work, in CESC – Centro de Aprendizagem e Capacitação da Sociedade Civil, where he took part in a advocacy and monitory, with projects with the aim of engaging communities to be more participative in decisions and responsibilities in regards to supply of public services by local governments.

Being a manager, in GAIN, since 2018, Diogo was initially a Project Manager for the demand component, on the Large-Scale Food Fortification project, in Mozambique, but ended taken the role of managing the entire project with over 3 million USD, from different donors, from MFA (Ministry of Foreign Affairs), BMGF (Bill and Melinda Gates Foundation) and UNICEF. Currently he is the Programme Manager of the Keeping Food Markets Working programme, with a budget of 17 million USD, and being implemented in Africa and South Asia.

Most recently, Diogo was appointed by CTA – Confederation of Business Associations of Mozambique, that represents the private sector in the country, to join their Agribusiness, Nutrition and Food Industry Portfolio, as Vice-chair.