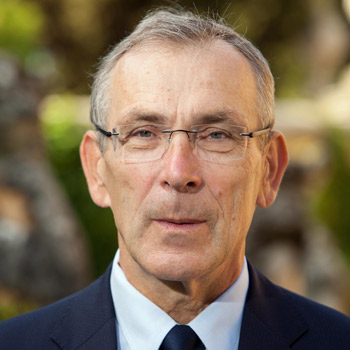 Andris Piebalgs has served as EU Development Commissioner (2010-2014). Under his leadership a new European Commission’s development policy "Agenda for change" has been adopted with a prominent focus on nutrition. He served on the High-level Panel on Post -2015 Development Agenda (2012-2013), an advisory board established by UN Secretary General to develop the global development agenda beyond 2015.

He has been EU Commissioner for Energy (2004-2009). He was a key figure in the formation of the EU’s sustainable energy policies. He has been a prominent Latvian politician and diplomat and was instrumental in Latvia’s accession to the EU.

He is a graduate in physics from University of Latvia.