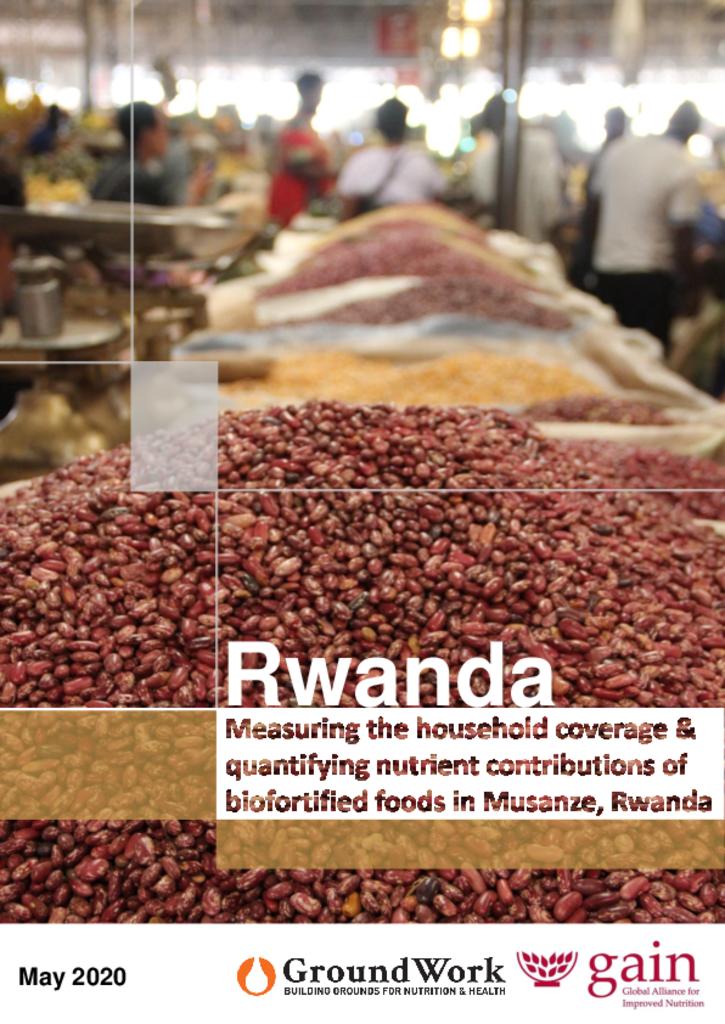 A cross-sectional household study was undertaken in 25 peri-urban and rural areas in the Musanze district in Rwanda. The study collected information on household demographics and accessibility, awareness, consumption and purchase of biofortified foods (high iron beans and orange fleshed sweet potatoes (OFSP)) and other foods that could potentially be biofortified (cassava and maize). We estimated household coverage of biofortified foods using the newly developed coverage indicators and individual-level consumption using the adult male equivalent method and nutrient contribution from the food (conventional or biofortified) based on the amount consumed and the nutrient level in the foods.

These proposed methods and indicators fill a gap in the availability of tools to assess biofortification programme coverage and the results of the survey highlight their utility for assessing programme performance and identifying bottlenecks. Further testing is warranted to confirm the generalizability of the coverage indicators and inform their operationalization when deployed in different contexts.