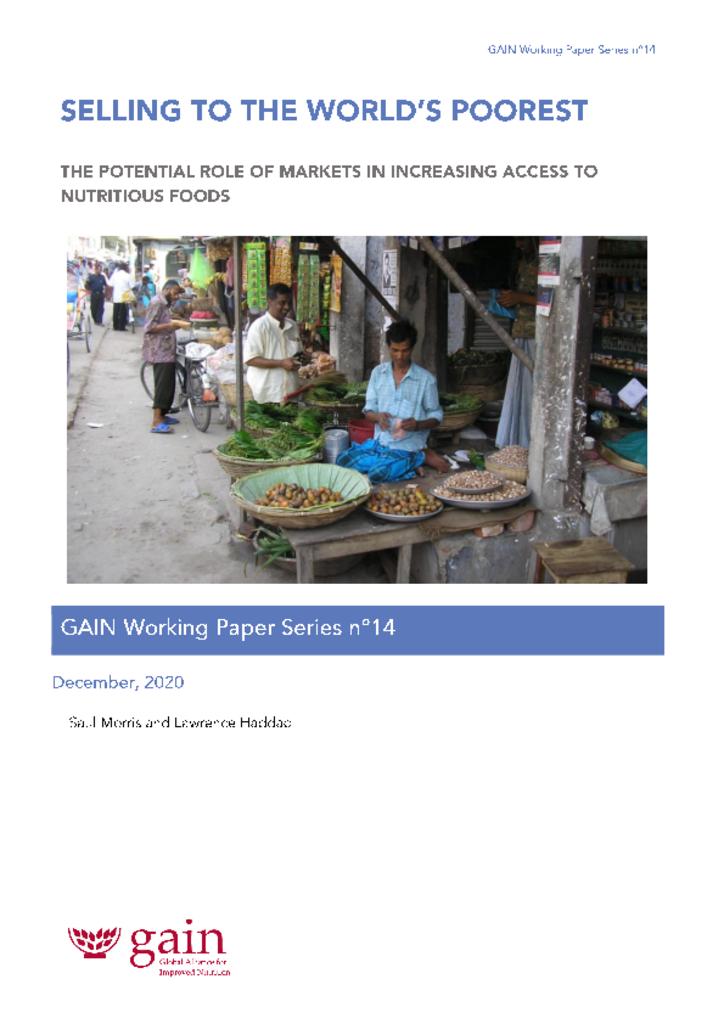 Poor people in the global South eat diets with few nutrient-dense foods, putting children and adults alike at risk of malnutrition. Strategies to improve their diets will look different depending on whether current access to such foods is mostly via home production or via purchase and on whether poor families actually want to consume more of specific nutrient-dense food groups. This paper uses secondary data from nine countries where GAIN works to investigate whether poor consumers currently access healthier foods via market purchases and whether they would choose to purchase additional quantities of healthier foods if they had the income.

We find that there are very large differentials in the value of consumption of many food groups between poorer and less poor households, indicating substantial pent up demand. This is especially true for animal-source foods (in Africa, Bangladesh, and Indonesia) and sugary foods (in all countries). Even in the poorest countries, many food groups are mostly accessed as purchased commodities (in South Asia almost exclusively). We find this to be true even for the poorest 20% of the population in each country. For this group, though, it is often the case that neither home production nor purchase offers a viable route to regular consumption of nutrient-dense foods.