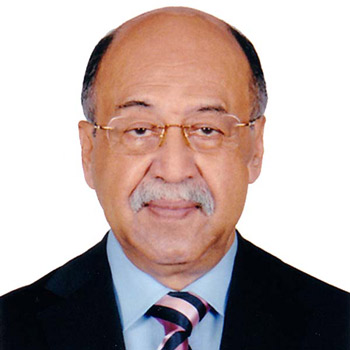 Mr. Nurul Majid Mahmud Humayun MP, was one of the organizers of the great liberation war of Bangladesh and the legendary leaders of the Student Movement Council. He obtained his MSS degree in Political Science and LLB from the University of Dhaka.

Mr. Nurul Majid Mahmud Humayun MP was elected fourth times Member of Parliament in 2019 and he became the Minister for Industries of the Government of the People’s Republic of Bangladesh.