Journey towards better nutrition in Kenya with High Iron Beans

In Kenya, beans are cultivated almost exclusively by about 1.5 million smallholder farmers on about one million hectares, with yields of about 0.6MT/ha. Kenya is the seventh largest producer of beans globally and the second leading producer in East Africa after Tanzania.

National consumption of common beans is estimated at about 755,000MT annually against a production of about 600,000MT per year. Nationally, average consumption per person is approximately  14 kg per year but can be as high as 66 kg per year in the country’s western regions. (Katungi et al., 2010; Spilsbury et al., 2004; Buruchara, 2007).

Beans contain significant amounts of protein, carbohydrate, fiber and minerals including zinc. In 2017, nutrient enriched bean varieties containing significantly higher amounts of iron than the ordinary varieties were released in Kenya to help address iron deficiency, which stands at 21.8% for pre-school children, 36.1% for pregnant women, and 21.3% for non-pregnant women.

To contribute to the reduction of malnutrition, in particular iron deficiency anaemia,the Global Alliance for Improved Nutrition (GAIN) partnered with HarvestPlus in 2018 and launched the Commercialisation of Biofortified Crops (CBC) Programme in Kenya which aims to improve the consumption of iron enriched beans. The programme is working with value chain actors including producers, seed multipliers, processors and retailers to significantly increase access to biofortified bean seeds, grains, and processed foods.

This is being done through  public and private partnerships to develop a self–regulating value chain for the biofortified high iron bean varieties, Nyota, Faida and Angaza. These three bean varieties are  high yielding, disease and drought tolerance, have short maturity periods and short cooking time.

Commercialisation is accelerated by activating demand throughout the value chain from seed multiplication, distribution and marketing to uptake of the beans on the market. The programme is leveraging both informal markets  where local aggregators, brokers and traders are the main buyers of common beans from small scale farmers and formal markets where smallholder farmers market their produce through farmer organisations, contract farming or out grower schemes to formal institutions. It is a vertically coordinated chain relationship involving large buyers such as cereal marketing boards, food processors, wholesalers, supermarkets, schools, hospitals, exporters among others.

This Programme seeks to develop commercial markets through private and public partnerships for biofortified beans, to help create a sustainable basis for improving diet quality and tackling hidden hunger among consumers in Kenya.

The project in Kenya aims to reach approximately 3 million consumers and has improved  high iron beans availability while uplifting over 168,000 farmers from subsistence farming to commercial bean production in Elgeyo Marakwet, Narok, Bomet, Nakuru, Trans Nzoia, Makueni and Machakos counties. Farmers in these counties are organised in farmer groups and governed by cooperatives comprising of women and youth.

The project is also working with several processors on product development, improving packaging and other product innovations to develop the market with consumers.

The nutrient enriched beans are not only becoming attractive to farmers but to traders and consumers as well. With increased awareness of their benefits, traders and retailers are innovating on how best to package them for low, middle and high-income communities.

Consumers are becoming more sensitive and aware of their food choices which makes biofortified beans a better option for most, especially women of reproductive age. 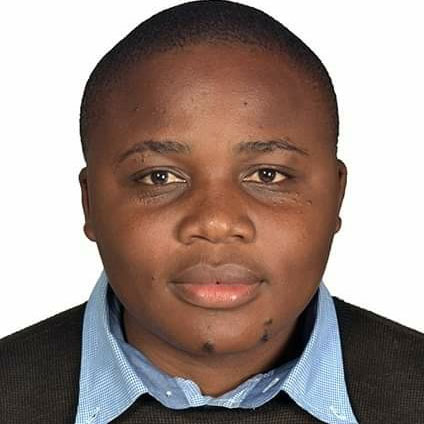 Newton is a Business Development Associate for CBC Kenya, in charge of Project coordination and stakeholder management.