•    Food fortification has been around for over 100 years
•    160 countries implement national salt iodisation programmes
•    86 countries mandate at least one kind of cereal grain fortification
•    Over 30 mandate the fortification of cooking oil, margarine or ghee

•    Over 80 countries could still benefit from new fortification programmes, adding essential micronutrients to additional food vehicles.
•    On average only 50% of fortified foods meet national standards in low- and middle-income countries.  Existing LSFF programmes need to be strengthened to enable them to reach more people with more nutritious food.

A new tool for LSFF Advocacy:

GAIN is launching a short animated video, packed with key facts and information about large scale food fortification.  It is a great tool for advocacy and education in countries where increasing access to fortified foods is on the agenda.

The video is available subtitled in a wide range of languages, including Amharic, Bangla, English, French, Hindi, Indonesian, Portuguese, Swahili and Urdu.  A version without the English voiceover is also available so that voiceover can also be recorded in local languages.

You can find the playlist with versions of the video in many languages HERE. Please like and share!

The world faces an unprecedented crisis of hunger and malnutrition, driven by COVID, climate change, conflict, and rising costs.  Over a third of the world’s people cannot afford a diet that provides the vitamins and minerals required for a healthy life. Large Scale Food Fortification (LSFF) is a low-cost way to improve the diets of large numbers of people and is one of the easiest ways to improve nutrient intake in times of crisis.  But we are not yet using this valuable intervention to its full potential.

Many foods can be fortified; fortification programmes utilize widely consumed staple foods like maize and wheat flour, dairy products, and rice, as well as cooking oil and condiments like salt and sugar. Fortification is an essential tool in the fight against malnutrition. It strengthens the immune system, helping to prevent sickness and death. It can help to eliminate micronutrient deficiencies which cause many health problems, including rickets, birth defects, goitre, blindness, brain damage, and immune system failure.

LSFF is a nutrition intervention that complements other interventions to fight malnutrition. Because it improves the nutrient content of basic staples and condiments that are part of daily diets, it can reach billions of people with essential vitamins and minerals without requiring any change to their behaviour. It increases the health and productivity of people and nations, benefitting people all over the world - rich and poor, rural and urban, in developing and developed countries.

Food fortification even combats some of the nutrition impacts of climate change, as rising carbon dioxide levels make staples like wheat and rice less nutritious.

Food fortification is a ‘no regrets’ investment. It’s affordable, improves health across large populations and generates $27 on average in economic return through increased health and productivity – for every dollar invested.

How does GAIN support LSFF?

Check out the videos HERE

Join the movement for a fortified future at www.futurefortified.org! 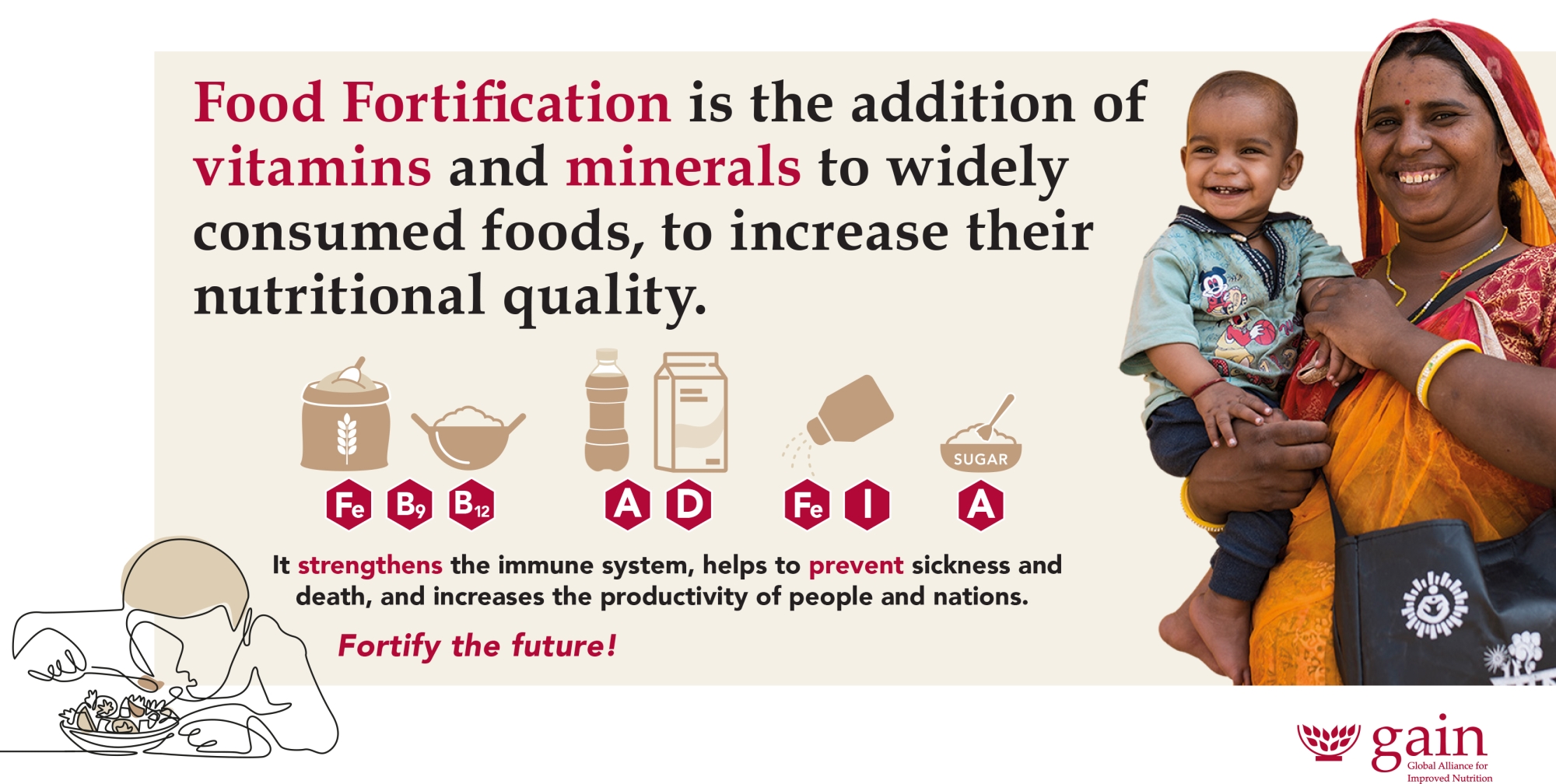 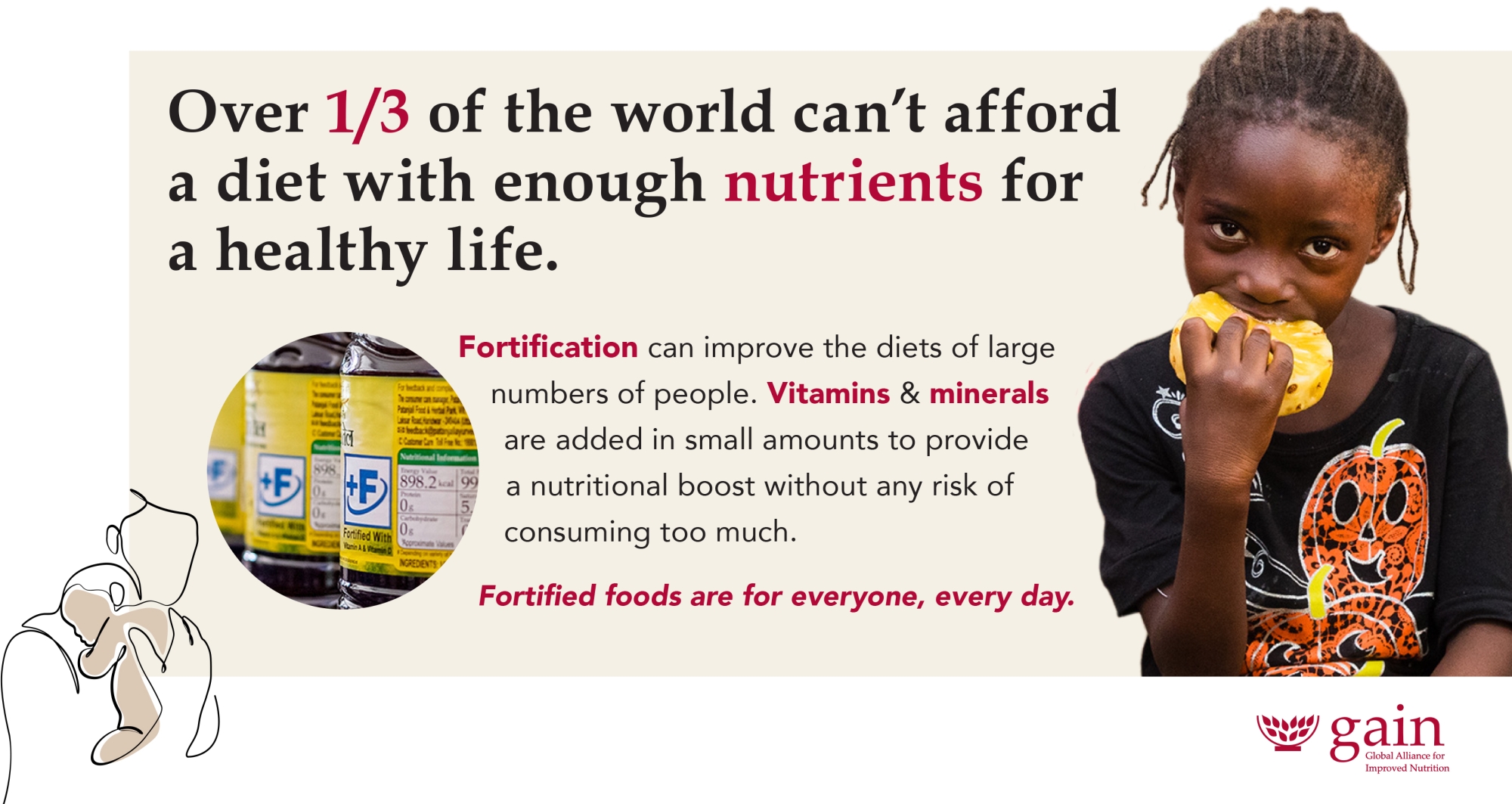 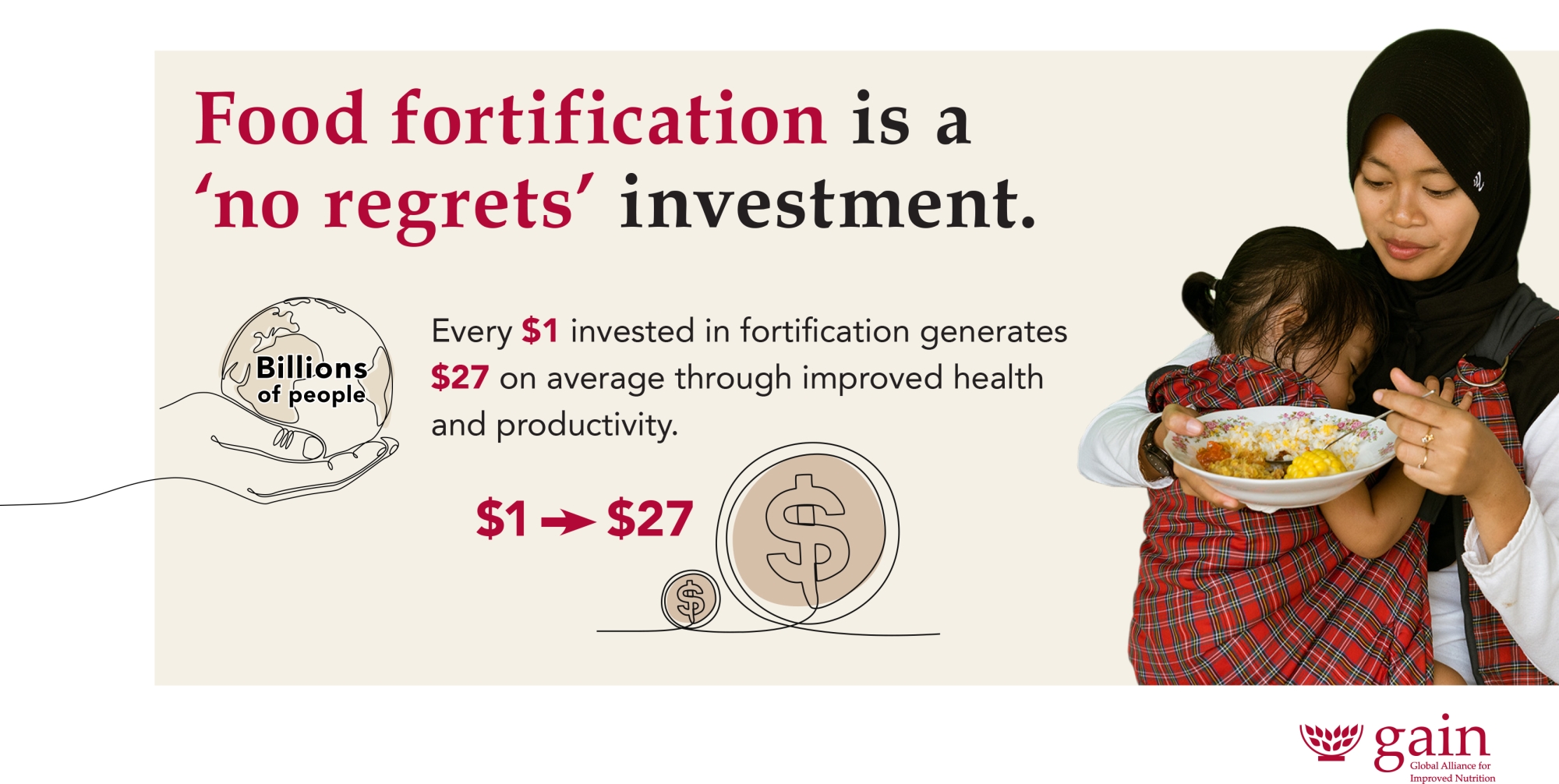