Unlocking the potential of city governments to influence urban nutrition

The ICLEI World Congress is organized once every three years and allows its many local and regional government members to share and learn the multitude of ways to achieve sustainable urbanisation. Hundreds of representatives from governments, civil society, private sector and academia gather to discuss progress and new strategies.

This year, a central focus of the ICLEI World Congress – which took place in Montréal last week – was to create resilient cities that are sustainable, inclusive and in harmony with nature. Healthy urban food systems that provide good nutrition are an integral part of this. The atmosphere this year was one of collaboration and willingness to learn and support each other.

At the Congress, GAIN hosted a panel discussion on how to improve urban nutrition. The panel demonstrated that cities can improve the urban food system through a multitude of ways. Food policy is one important mechanism for this and is getting increasing attention, as networks such as the Milan Urban Food Policy Pact and governance mechanisms such as Food Policy Councils, show.

GAIN’s Canada Country Director Dominic Schofield noted that nutrition can be improved through policy measures that cover the whole spectrum of the urban policy space, as well as at all stages of food value chains. Entryways can be found for example in urban planning (how do we ensure cities do not become food swamps?), in education (can cities provide healthy school meals?) or through incentivizing sellers or retailers to offer more healthy options.

Manuel de Araújo, the Mayor of the Mozambican coastal city Quelimane, shared a great example of an integrated food policy leading to action. The fact that malnutrition was the number three cause of high mortality rates of his city (after malaria and HIV), coupled with a poor diet which influences all three causes, forced him to look actively at improving the urban food system. He discussed how, in his city, food waste was collected for composting, which in turn served to increase food production by providing it to farmers. Training helped framers to cut food losses and produce different crops that match the local need. Bikes bring the food waste to the farmers and the produce into the city, providing more healthy food options. The municipal government works actively with producers, civil society and other stakeholders in this programme.

Participants of the ICLEI World Congress line up for the photo. © GAIN

Another example was shared by Maria Cecilia Alvárez, the Sub-secretary of Rosario, Argentina, a city of 1.1 million inhabitants. Rosario is actively using its rural-urban fringe area (which takes up about a third of the total land of the municipality) to invest in urban agriculture to provide its citizens with healthy, fresh foods. The city’s agenda for its regional food system includes research and development, making sustainable public purchasing and prioritizing producers whose products support a healthy diet.

GAIN Indonesia’s Aang Sutrisna, Senior Technical Specialist, presented GAIN’s project in the City of Surabaya, Indonesia, where GAIN is supporting the city in the development of a city action plan to improve access and demand for nutritious and safe foods. While Surabaya is committed to improving the quality of life of its inhabitants, Indonesia’s five priority areas on urbanization do not include food and nutrition security. GAIN is working with the city to bring healthy food policy to the fore.

The examples given at the panel showed that improving urban nutrition is a multi-stakeholder effort with a central role for city governments through policy.

However, much work is needed to ensure all cities realize the potential they have to improve nutrition. Samina Raja, professor at Buffalo University and Principal Investigator of the Food Systems Planning and Healthy Communities Lab, showed that – according to a recent survey – only 1% of US local governments think that they are working on food, thus not realizing how much of their policy affects food and nutrition security. Cities have many options including regulations, fiscal tools, policies and governance mechanisms that they can invest in – and, at least in the US, it is not a matter of lack of financial resources, but of inadequate allocation.

The session demonstrated that cities are very well placed to improve food and nutrition, and that nutrition deserves a central spot in sustainable, people-centred urban development. There are many opportunities and capacity that can be unlocked. 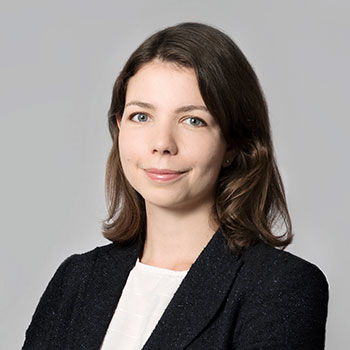