Climate change is already wreaking havoc with food systems, undermining food security and nutrition for millions of people. From locust swarms wiping out crops  to droughts of historic severity crushing yields, the impacts of environmental breakdown are here.

As a low-lying, riverine nation, Bangladesh is at serious risk of flooding as sea levels continue to rise and rainfall patterns become less predictable. With a fast-growing population, many living on flood plains, millions of people’s lives and livelihoods are under threat.

Incessant rains over recent months have led to some of the most severe flooding that Bangladesh has ever seen. Hundreds of thousands of people have been displaced from their homes [UNICEF]. Hundreds are thought to have died. Schools have been destroyed. Many are without shelter.

The short- and long-term impacts on nutrition will be just as devastating.

In the short term, people fleeing their homes in search of refuge from the flood waters are travelling for days without access to food or water. Some resort to drinking contaminated water, which poses major health risks. Water-borne diseases remain a common cause of death among young children. Food stocks will have been washed away by the rains, and crops inundated – making recovering any of this harvest virtually impossible.

In the medium- to long-term, we can anticipate worse to come. The latest report from the Intergovernmental Panel on Climate Change projected global yield losses of up to 32% by 2100 due to the combined effects of temperature changes and precipitation. A growing body of evidence also suggests that climate change will affect the inherent nutritional quality of crops, as carbon in the atmosphere increases and nutrients in the soil decrease. More nutritious foods will be lost and wasted before reaching a consumer. Over the coming months, years and decades, areas that are currently productive will become unsuitable for agriculture. For Bangladesh, this would mean new challenges for farmers, new constraints on supply, and a threat to food security.

In Bangladesh, adaptation measures have been in place for many years, as the country is familiar with heavy monsoon rains. But this year’s rainfall has been unprecedented. Flood defences needed robust and collective additional support to stop the unending torrents of water, as the rains continued to fall.

As the threat from extreme weather events continues to grow, so too must the national and international response. Production practices must change to adapt to new environmental stresses. Producers should diversify what they grow, and more resilient, shock-resistant crop varieties should be made available and grown in these vulnerable areas.

The adoption of biofortified crops (already underway in Bangladesh) may present one adaptation strategy with multiple benefits for resilience and nutrition. Not only are biofortified crops more nutritious (as they are naturally rich in essential micronutrients), but they can also be more drought-tolerant, resistant to pests and diseases, resilient in a wider range of temperatures, and mature earlier – meaning that they spend less time in the ground, at risk should extreme conditions arrive.

When shocks occur, food systems feel the impacts – from production through to consumption – and nutrition security is compromised. At regional, national and international levels, we must take action to ensure that we are adapting and preparing to the greatest extent possible. Whether extreme weather events, natural disasters, pest invasions, pandemics, or conflicts, we can be sure that more disruptions will come in the years and decades ahead. Innovation and ingenuity will play a key role in allowing us to adapt – preventing disasters that could otherwise have debilitating consequences long into the future.

The time to invest in that adaptation is now. 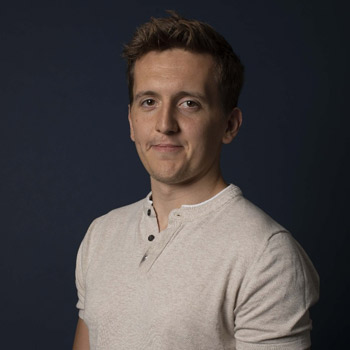 Oliver’s environment role at GAIN spans programmes, advocacy and operations. He supports programme teams in maximising positive impact for both nutrition and environment, while also participating in events and engagements calling for systemic change to improve lives, livelihoods, and planetary health. 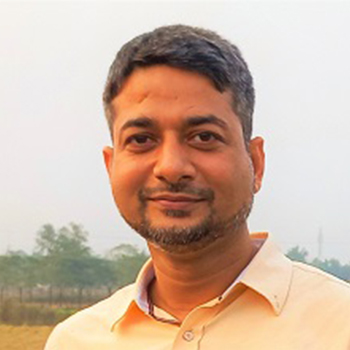 Bashar is leading the CBC program of GAIN in Bangladesh. He has expertness on public and private sectors as well as agricultural and environmental sectors to improve nutrition outcomes in Bangladesh. By his led from GAIN, the government has started public procurement of Biofortified Zinc Rice, which is a great achievement of Bangladesh