Read our eighth story in the series on The Food Crisis: What's Happening, a collection of work on the current events and the impact communities are seeing on a global scale. The Food Crisis is affecting everyone socially, economically and nutritionally. Aster Zewdie, Senior Policy Advisor at GAIN Ethiopia, discusses the wide reaching ripple effect the economic crisis will have on Ethiopia, affecting the most vulnerable in society, and what actions need immediate attention.

The prices of food, fertiliser and fuel are rising rapidly in Ethiopia.. The price of five litres of edible oil soared to Ethiopian Birr (ETB) 980 at retail stores in 2022, an increase of more than 50% compared to the ETB 600 price in 2021. This is equivalent to about half of a low-income family’s monthly net income of ETB 2000,  severely constraining these families’ ability to afford even the most basic food items.

Figure 1: ‘’Inflation as measured by the consumer price index that reflects the annual percentage change in the cost to the average consumer of acquiring a basket of goods and services that may be fixed or changed at specified intervals, such as yearly.  Source: International Monetary Fund, International Financial Statistics, and data files.

There are several underlying causes of the soaring rate inflation, but food price inflation is a major driver. There is a growing imbalance between domestic food supply and the demand of the growing population, putting upward pressure on prices. Food production in Ethiopia is highly dependent on smallholder farmers who together produce 90% of all crops grown. Although efforts are being undertaken to increase crop production in smallholder farming systems, just 10% of arable land is irrigated and productivity is being hampered by land degradation, poor water management, low technology usage and underdeveloped marketing systems.

Another cause of high food prices is the presence of brokers in food supply chains, often unnecessarily preventing markets from playing their important role in providing incentives to farmers to increase outputs when needed. For example, bananas are sold at ETB 15/kg in Arbaminch city, but 345 kilometres away in Addis Ababa , the price is four times higher at 60 ETB/kg. With logistics and other costs no higher than ETB 5/kg, 270% of the price increase can likely be attributed to mark-ups by some of the many brokers along the supply chains

Conflicts, internal displacements, extreme weather events and locust swarms have also had a negative influence on agricultural productivity.  The war in the Ukraine has certainly made the situation more severe by causing severe supply disruptions and increases in the prices of imported food commodities, petroleum products and fertilisers. The Government has been forced to revise retail petroleum prices upwards with the Ethiopian Ministry of Trade and Regional Integration announcing a price increase and lifting subsidies except for public transport. Increases in fuel prices add to the transport costs of food along the supply chain, adding to the prices at which produce is sold. The below figure depicts the increases in prices of petroleum products.

Source CSA.Ethiopia imports close to US$ 2 billion worth of fertilisers, accounting for almost the entire supply to producers. Fertilizers prices have almost doubled since the Russian invasion of Ukraine, while at the same time the volume of fertilizer imported declined by almost five million quintals (0.5 million tonnes) compared to 2021. Smallholder farmers are struggling to purchase the amount of fertilizer that would be needed to maintain current yields.

As nutritious food prices spike, people compromise on their dietary quality, aggravating the malnutrition situation in the country. Health problems of a large proportion of the population emanate from the lack of an adequate and balanced diet. Children, pregnant and lactating women, and elderly adults are the most vulnerable populations to disease due to malnourishment and are increasingly at risk with rising food prices (MH, 2003, Ali et al., 2011).

The school performances of children are also affected.  ‘’In Ethiopia, the annual economic cost of school repetitions associated with ‘childhood undernutrition’ was estimated at about 400 million ETB(USD 8 million). When the ability to learn is compromised in childhood, this leads to further costs arising from national economic losses due to the limited education outcomes and resultant limited earning capacity in adulthood.’’

Looking at consumption patterns, cereals are the dominant staple foods in most parts of Ethiopia. On average each adult consumes 194 kg of cereals per year, constituting 60.4% of  total calorie intake, out of which 84% is from maize, teff, sorghum and wheat. This proportion of calories derived from cereals is relatively high as compared to the average for the rest of Africa, which stands at 50% (Comprehensive Food Security and Vulnerability Analysis, WFP and CSA, 2019).. In this respect, it is of growing concern that a nutritious diet which would meet the necessary energy, protein, and micronutrient requirements is unaffordable for three out of four households (Ministry of Health, EPHI, and WFP 2021).

What actions can Government take to alleviate the impact?

Although the Government  has taken various policy actions to limit the rising inflation, (see Box 1), food prices continue to spike.

To address these food price increases, the Government together with other stakeholders should continue to invest in making nutritious safe foods accessible and affordable to all.Critical and urgent actions are needed to strengthen food supply chains by enforcing consumer protection and ethical business laws to curb the actions of the large number of brokers in the food supply chain. Fruit and vegetable production needs to be further commercialised.. While taking into consideration environmental sustainability, making animal sourced food products more accessible to consumers will also go a long way in improving the nutrition status.

There are ongoing and encouraging efforts by the Government of Ethiopia to transform food systems, including making fortification of staple foods mandatory, and setting up muti-sectoral nutrition initiatives. As the Government continues to work on this, it must consider the new reality of rapidly increasing food prices to ensure access to safe and nutritious foods for all, particularly those who are most vulnerable.

Read more about our ongoing series on The Food Crisis: What's Happening 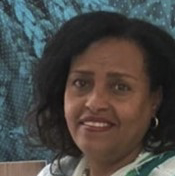