Sunday 10 November was an unusual day for me. Ardhiani Dyah Priamsari, GAIN’s Better Diets for Children Programme Manager for East Java, Meytha Nurani, my colleague working for the Urban Governance for Nutrition Programme and I wore hero-like traditional dresses and joined a ceremony held by the Surabaya City Mayor to celebrate the Indonesian National Heroes Day. On that day, we commemorated our national heroes, and at the same time we, representing GAIN, received awards from the Surabaya City Mayor for significant contributions in improving child and maternal nutrition in the city.

Despite being the second-largest city in Indonesia with a rapid economic growth of 6% in 2018, Surabaya is not free from malnutrition. As much as 27% of children under five are stunted, an increase of 4% within the last five years. Exclusive breastfeeding, one of the important determinants to reduce stunting, also needs to be improved. Our assessment on the implementation of the "10 Steps to Successful Breastfeeding" (STSB) in East Java this year revealed that only 2 out of 82 maternal health facilities in Surabaya comply with the 10 STSB guidelines.

We responded to these problems by implementing the Baduta programme, which aims to improve child and maternal feeding practices. It uses an innovative behaviour change technique using "emo-demos" (emotion demonstrations), which are interactive games that trigger emotions associated with better feeding practices. GAIN trains the health workers (cadres) who deliver them monthly at the community health centres (posyandus).

Our Baduta programme has very ambitious goals. We targeted to deliver emo-demos in half of the city area, which includes 1,616 posyandus covering 86 villages and 17 sub-districts, within two years. We used a series of cascading training from master trainers to health cadres to deliver those emo-demos.

GAIN staff receive awards from the Surabaya City Mayor for significant contributions in improving child and maternal nutrition in the city. © GAIN

Once the implementation commenced, the result was intriguing. We achieved our target in less than a year. We reached around 50,000 mothers/caregivers through the emo-demos in the posyandus every month. We also provided 3,735 sets of emo-demo tools to the posyandus in 33 primary health centres. Adding to that success, we capacitated Surabaya with 558 emo-demo trainers, consisting of health officers, government representatives, and academicians who will continuously train village cadres to deliver these emo-demos.

The programme received a strong buy-in from the Surabaya city government which committed to allocate resources to scale-up emo-demos to all other non-GAIN intervention areas. By doing so, the benefits of the programme can be extended to the entire target population.

The award we received is a proof on how well the city has responded to our efforts. City officials are particularly impressed with the way emo-demos are breaking down the traditional barriers to effective health messaging to change behaviour. At the ceremony, we also received another award from the Mayor as recognition of our support in promoting exclusive breastfeeding. In our Baduta programme, we also train staff in maternal health facilities and support policymakers to formulate policy and create a social campaign to raise "subtle" social pressure to encourage health facilities to implement the 10 STSB guidelines.

We have also been supporting the city government to develop, implement, and monitor a Food and Nutrition Action Plan tailored to urban characteristics for improving governance for nutrition in the city. The awards we received are the fruits of strong collaboration with various stakeholders, including the Surabaya city government itself, which has been very welcoming since the beginning of the programme and supportive of the implementation. And for us, the award itself represents an encouragement to keep doing our best to improve nutrition for all. 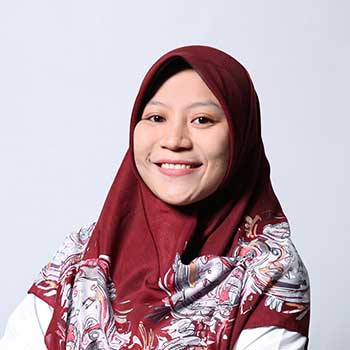 As Programme Associate in Indonesia, Nindya provides support to the "Better Diets for Children" team to ensure programme effectiveness, particularly in areas such as implementation, monitoring and learning.