The latest nutrition data out of Bangladesh describe a situation brimming with promise. The Bangladesh Demographic and Health Survey (BDHS) 2017/2018 estimates stunting at 31% and the UNICEF Multiple Indicator Cluster Survey (MICS) 2019 shows an even lower estimate of 28%. This represents a decline of more than one percentage point per year since 2004. That rate of decline is the benchmark of good performance in stunting reduction. This level of performance makes it likely that the World Health Assembly (WHA) 2025 target and the 2030 Sustainable Development Goal (SDG) targets for stunting reduction in Bangladesh will be met. Moreover, the WHA 2025 target of wasting under 10% has also been met. Yes, there are still many regions that have stunting rates close to 50% (for example the Chittagong Hill Tracts), and 31% of under 5 children represents nearly 4 million kids, nevertheless this is really significant progress.

What is even clearer is the government’s determination to accelerate that progress: from recent meetings with the Deputy Speaker of the Parliament of the People’s Republic of the Government of Bangladesh, senior officials at the Ministries of Planning, Agriculture, Food, Health and Family Planning, and with the Ministry of Industries - all the talk was about the importance of good nutrition for driving development forwards. This commitment by the government of the day is the essential ingredient in reducing stunting rates and is not something easily quantified - but the commitment is essential. Governments can’t reduce malnutrition on their own - it is too big a task - but the impact of everyone else’s efforts, including the private sector, is significantly constrained without government leadership and a determination to act decisively.

So, what are the opportunities to accelerate nutrition improvement in Bangladesh? From the hundred or so people we interacted with in a series of events in Dhaka and Chittagong last week, the following seems clear.

Governments can’t reduce malnutrition on their own - it is too big a task - but the impact of everyone else’s efforts, including the private sector, is significantly constrained without government leadership and a determination to act decisively. © GAIN / Yousuf Tushar

There is a palpable optimism in the air in Bangladesh: the country is counting down to the 100 Year Anniversary of the Birth of the Father of the Nation; next year is the 50th Anniversary of the birth of Bangladesh; and the IMF notes that GDP per capita stands at USD 2000 which is up from USD 500 in just 14 years. Middle income status has been secured and developed country status is targeted by the government by 2041. So the time is right for new commitment setting for nutrition, especially given the formulation of the 8th Bangladesh Five Year Plan in 2020 and the upcoming Nutrition for Growth Summit in Tokyo.

For nutrition, the Vision 2041 is particularly helpful because developed countries do not have high burdens of undernutrition. The existence of undernutrition simply does not paint a picture consistent with a vision of a modern, thriving society. The challenge now is to convince policymakers, businesses and consumers - the world over - that a society cannot be considered modern if it is indifferent to any form of malnutrition. 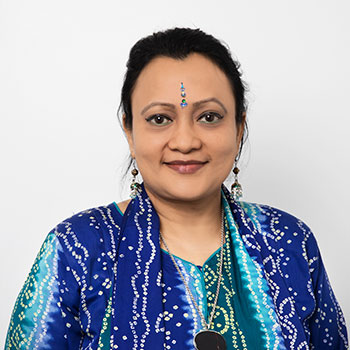