Act4Food Act4Change is a youth-initiated and led campaign in support of the UNFSS and the GoodFood4All campaign. It brings together young people from around the world to focus on their personal actions as a contribution to food system change. It urges governments, businesses, UN agencies, youth counterparts, and people of all ages to pledge to act boldly and promptly.

The Actions 4 Change are a list of actions that youth are currently voting for, it includes specific asks young people want businesses and policymakers around the world to answer in order to fix our broken food system. The longlist of 17 Actions 4 Change have been compiled by youth leaders and youth groups around the world. We are now asking all young people to vote on their top actions, by the UNFSS in September the final list will be launched. These actions will be an advocacy tool for young people over the course of the next decade as they urge other young people, governments and businesses to take action.

As part of our campaign we are hosting a youth-led UNFSS pre-summit affiliated session where we will bring together youth and high-level business leaders to have meaningful discussions about the key role they play in ensuring sustainable food products for our future. 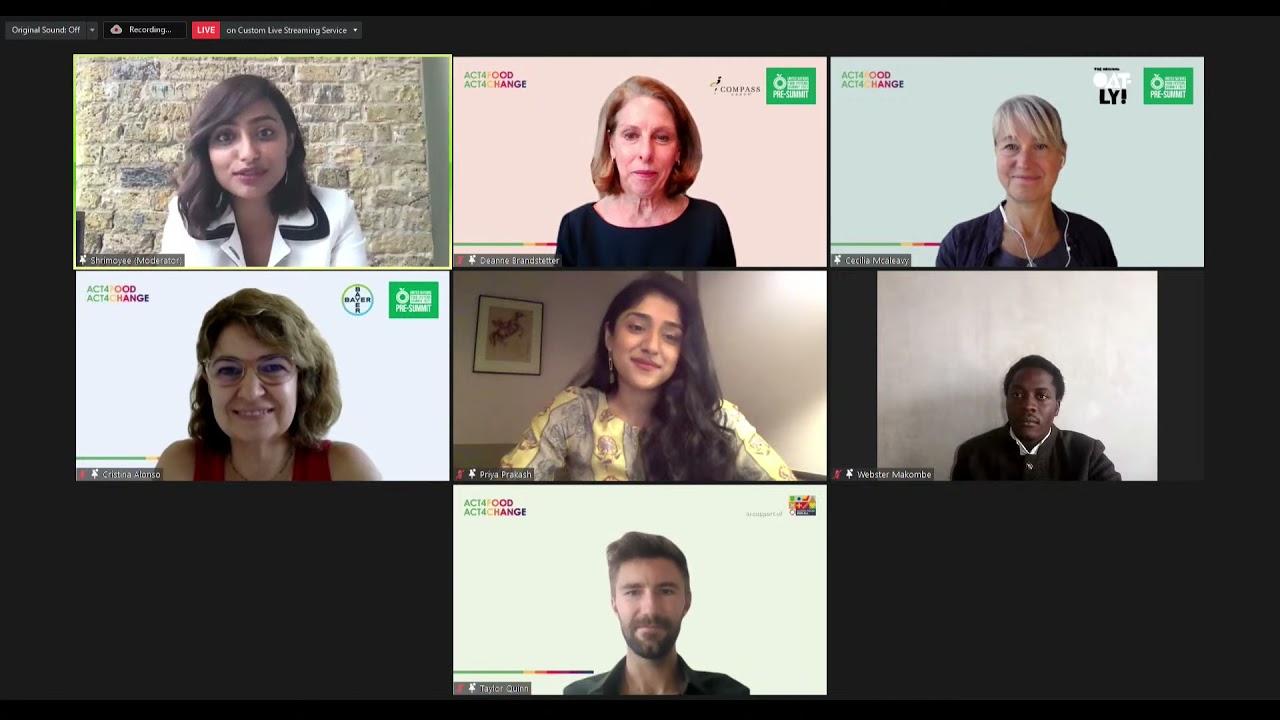