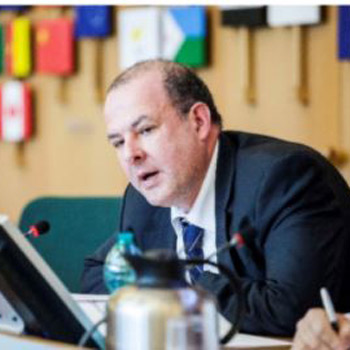 Dr. Leonard Mizzi is Head of Unit at the European Commission, Directorate-General (DG) for International Partnerships - Sustainable Agri-Food systems and Fisheries, since 1st of January 2017. Prior to this post he was Head of Unit for 10 years in DG Agriculture and Rural Development, first in charge of agri trade and development issues (2007-2014) and from 2015-2016 leading the inter institutional unit hence relations with the European Parliament, Council and consultative bodies and well as steering the Civil Dialogue Groups.

He is a graduate in Public Administration from the University of Malta (BA Hons First Class); and has degrees from CIHEAM-Montpellier (Master of Science) and a Ph.D in Agricultural economics from the University of Reading (UK). He has been an author of a number of articles and publications on agri food issues and nutrition in the Mediterranean region.

Dr. Mizzi has a broad working experience in the Maltese public administration and the Maltese private sector. He first worked in the Economic Planning Division of the Office of the Prime Minister (Malta) and from 1996-2006 was the first Director of the Malta Business Bureau in Brussels- the office of the Malta Chamber of Commerce and Enterprise and the Malta Hotels and Restaurants Association.

He was also visiting lecturer at the Boston University (Brussels campus), Open University and Malta University. He often lectures at the College of Europe in Bruges.

His areas of specialisation are global food security governance, agriculture and food and nutrition security, the Mediterranean and Sub Saharan Africa.