Cofounder and Managing Partner of Quadia 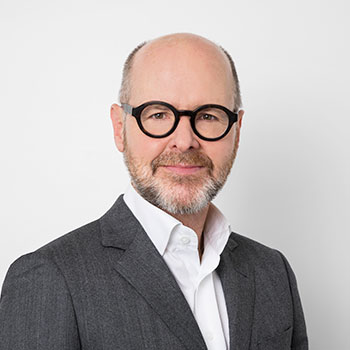 After graduating from University in 1989, Guillaume Taylor started his career as a credit analyst with Intel Corporation in the United Kingdom and then from 1992 to 1995 as a treasury specialist in Paris, responsible for all foreign currency hedging activities of Intel’s European operations and responsible for managing the company’s Euro Commercial Paper programme.

In 1995, Guillaume Taylor joined Darier Hentsch & Cie, private bankers in Geneva, as a private portfolio manager. In 2002, he became a partner of de Pury Pictet Turrettini & Co. Ltd, a CHF 3 billion+ independent asset and wealth management firm where he was in charge of sustainable finance for private clients. He co-founded Quadia in 2010.

Since 2000, Guillaume’s activities have been concentrated on responsible investing. He has travelled extensively in emerging markets, focusing on impact investing in many of these regions. In the context of sustainable finance, Guillaume was a board member for 10 years of ECLOF International, one of the oldest microfinance institutions in the world, present in 20 countries with over 500 employees. He was also the treasurer of la Fondation International du Banc d’Arguin (FIBA), a major conservation foundation focusing on the West African costal region. Guillaume was also a co-founder of Sustainable Finance Geneva, an association which aims to promote responsibility and sustainability in Finance.

From 2009 to 2016, Guillaume was a member of the Steering Committee of WWF International’s Campaign for a Living Planet.

Since 2009, he is an independent member of the sustainability advisory council of Firmenich, a major multinational flavour and fragrance company. He is also an investment committee member of BACoMaB, a UK based nature conservation trust fund. He is a Trustee of the Spirit of the Wild Trust, a South African nature conservation trust which is part of the Bergplaas Nature Reserve and acts as chairperson of the Bergplaas van Lippe-Biesterfeld Foundation. He is also a board member of the Geneva Agape Foundation and Treasurer of Pro Valat, a Swiss nature conservation foundation. Guillaume is an investor with Go-Beyond, a leading European business angel network actively supporting start-up venture with a sustainability focus.

Guillaume has spoken on impact investing in various conferences and forums in Europe, Africa and Asia. He is a regular guest lecturer at various universities in Switzerland and France.